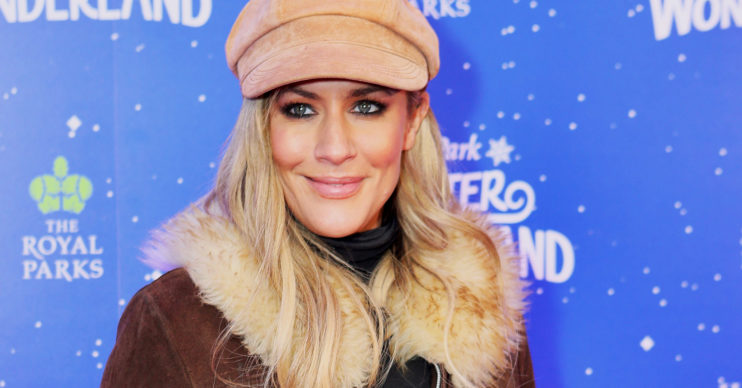 Caroline Flack’s twin sister battled to save her life with CPR, an inquest has learned.

The former Love Island host took her own life on February 15 at her London home.

On Wednesday, August 5, an inquest into her death resumed at Poplar Coroner’s Court.

Flack’s mother Christine Flack and twin sister Jody were among those watching via video call.

Caroline Flack’s sister tried to give her CPR

The first witness statement was from Stephen Teasdale, the father of Flack’s friend Louise.

We were giving CPR for somewhere between five and ten minutes.

He explained he went to the scene after Jody phoned to stay she couldn’t get into the presenter’s flat.

Mr Teasdale said: “We came to the flat and tried to force entry.

“We thought about phoning the police but knew the landlady… We got the key and let ourselves into the flat.”

He added: “I brought her [down] and Jody started CPR. We were giving CPR for somewhere between five and ten minutes, then the police took over.”

Meanwhile, during the inquest, Flack’s mother Chris paid tribute to her “lovely” daughter.

She said: “Through all of this Caroline was told not to speak, not to tell her side of the story.

“The only person who was hurt that night was Caroline.”

Chris added:  “When I said goodbye to her that day I never thought it would be for the last time. I believe she was heartbroken.”

Caroline was arrested and charged with assault by beating following an alleged fight at her home with her boyfriend Lewis Burton in December.

However, she took her own life in February.

The day before her death, Caroline had allegedly been informed that the Crown Prosecution Service (CPS) was pursuing the trial, which Lewis did not support.

Following Caroline’s death, her management team accused the CPS of a “show trial”.

Meanwhile, in today’s inquest, it was revealed that one of the paramedic crew found a handwritten letter placed on the coffee table at Flack’s home.

The note had ‘Lewis’ written on it, seemingly for Lewis Burton.

At court, PC Tim Child said there was also evidence of suicide attempts elsewhere in the property.