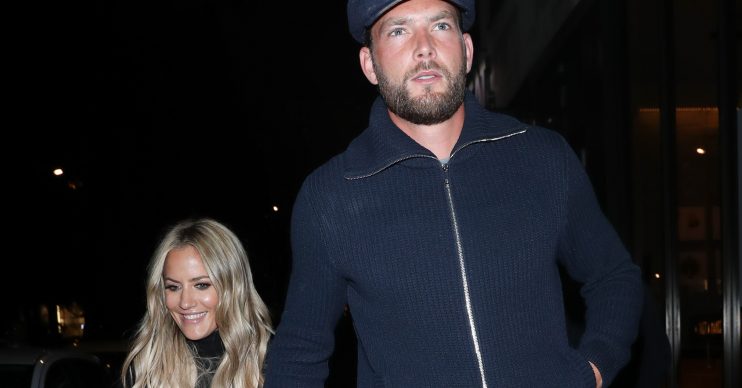 Caroline was laid to rest on Tuesday in a private funeral

The former Love Island host was laid to rest at a private funeral held for friends and family after she took her own life at the age of 40 last month.

Her close friend Lou Teasdale paid tribute to Caroline alongside a photo of herself, Lewis and other friends at the wake.

The photo shows Lewis with his arm around Lou as he held a drink.

Lou, who was wearing a t-shirt with the words “Choose Love” across it, captioned the post: “Bye beautiful,” followed by a broken heart emoji.

Lewis paid tribute to Caroline on Tuesday, sharing a photo of the couple together to his Instagram Stories.

Caroline’s friend Sam Campbell shared a message from him on her Instagram Stories.

Samantha messaged him: “Love you Lew.”

Olly shared a video of himself and Caroline when they hosted The X Factor together in 2015.

My little angel. I will love you forever.

In the footage, Caroline is seen speaking to viewers as Olly repeatedly kisses her on the head.

Caroline tragically took her own life at her home in London on February 15.

Caroline, 40, was due to stand trial for the alleged assault of Lewis on March 4.