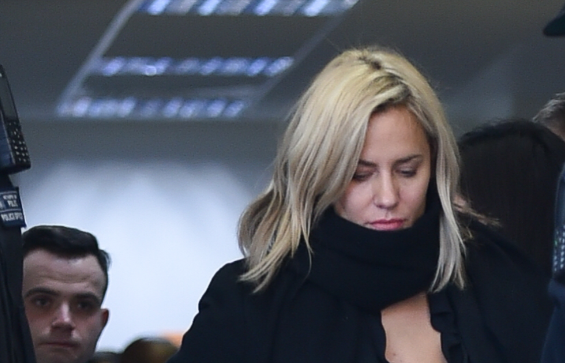 Caroline Flack to spend Christmas Day volunteering with the lonely

She'll reportedly be with a charity for the elderly

Caroline Flack will reportedly try to take her mind off her own issues this Christmas by helping others in need.

According to Mail Online, the Love Island presenter will volunteer for a charity for the lonely tomorrow.

She will spend the day at Hackney-based organisation Golden Years, which is holding a lunch for isolated elderly people.

Last year the 40-year-old telly star volunteered at a church in Stoke Newington.

Yesterday, Caroline appeared in court in Highbury, north London, following a charge of assault against her boyfriend Lewis Burton on December 13.

The judge refused her solicitor’s request that a ban on her having any contact with the 27-year-old be lifted.

“What I witnessed today was horrible. She did not hit me with a lamp. Arguments do happen every day in every relationship.

“Gutted I am not allowed to protect her right now.”

Caroline pleaded not guilty to the charge of assault by beating.

The prosecution alleges that she hit Lewis over the head with a lamp while he was sleeping in the early hours of December 12.

Her solicitor claims that Lewis does not view himself as a victim, but a witness.

Caroline will stand trial on March 4, with proceedings anticipated to last one and a half days.

She also messaged fans following her appearance, explaining: “Thankfully I know a lot of you will not believe that you have heard and read following today’s court hearing, [sic]’ she wrote on Instagram, moments after leaving court.

“Thank you for your continued support and love. It’s going to be a relief when I am able to give my side of the story, when I’m allowed to x.”