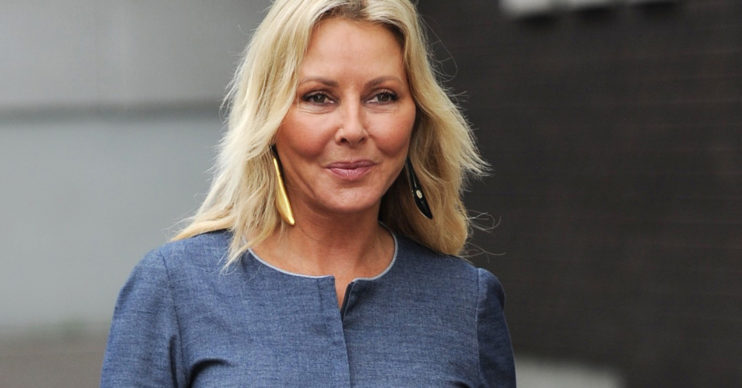 A new 'do for the festive period!

Carol Vorderman showed off her new hair in time for Christmas.

The Countdown star, 59, shared a photo to Twitter as she told fans she’s dyed her hair darker and had a fringe cut in.

Carol’s fans said the new ‘do makes her look younger and compared her to her younger days when she sported a fringe.

I've gone a little darker and fringier for Christmas….what think you Yoda? 🤔 pic.twitter.com/VouG4DNskY

What did Carol Vorderman say about her new hair?

Alongside a selfie, the star said: “I’ve gone a little darker and fringier for Christmas….what think you Yoda?”

Fans gushed over the new style as one wrote: “Very beautiful. It suits you perfectly… warm colour for a colder winter.”

Another replied: “Wow. Carol you look lovely. Really suits you, wish I was that brave. Think I’ll show my hairdresser your pic… I want this.”

A third commented: “Whatever the colour or style, you look fabulous, Carol. Always cheers me up to see pics of you.”

I’ve gone a little darker and fringier for Christmas.

Earlier this month, Nick revealed that he was leaving the Channel 4 show for good.

The presenter, 76, has been host of the show for a decade but said it “felt like a good time” to step down.

Now, bookies say Carol has a 3/1 chance of becoming the new host.

“Countdown will have a new permanent host in the New Year but we think it could be a familiar face,” said a spokesman for Coral.

“We make Carol Vorderman 3-1 to complete a sensational return to the show as host.”

Meanwhile, Carol isn’t the only presenter who could replace Nick.

Clare Balding could be an option with odds of 4/1.

In addition, Ben Shephard and Davina McCall, who both stand at 8/1, are other suggestions.