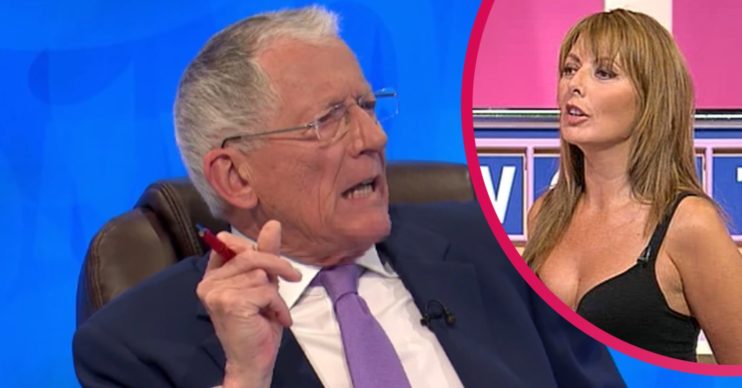 Everyone wants to know who the new Countdown host will be

Countdown host Nick Hewer shocked fans earlier this week when he revealed that he is leaving the Channel 4 show for good.

The 76-year-old presenter has been the show’s host for a decade, but he said it “felt like a good time” to step down.

And now the question on everyone’s lips is who will take over as the new host of Countdown?

Who will be the new Countdown host?

As soon as Nick made his announcement fans were left wondering who would replace him.

And the answer is more surprising than you may think!

Carol Vorderman, who previously hosted the show for almost three decades, is being tipped to return.

Countdown will have a new permanent host in the New Year but we think it could be a familiar face.

According to bookies, Carol has a 3/1 chance of becoming the new host.

“Countdown will have a new permanent host in the New Year but we think it could be a familiar face,” said a spokesman for Coral.

“We make Carol Vorderman 3-1 to complete a sensational return to the show as host.”

Who else is in the running to replace Nick Hewer?

Carol isn’t the only name being thrown into the hat as a potential new Countdown presenter.

BBC star Clare Balding could be a shoo-in with odds of 4/1.

Close behind her is Sandi Toksvig (6/1), and Ben Shephard and Davina McCall, who both stand at 8/1

Pointless presenter Alexander Armstrong is also in with a chance, with odds of 16/1.

Why did Nick Hewer quit Countdown?

The former BBC Apprentice star told fans: “Delighted to be back in the Countdown studio after another enforced lockdown.

“BUT this latest lockdown has given me an opportunity to consider my future life. I’ve decided it’s a good time to step down at the end of my contract in the New Year.

“As someone in his 77th year, who will be in his 10th year hosting the great British institution that is Countdown, I think it’s time to smell the flowers and get a dog.

“But let me now take the opportunity to say that it’s been a privilege and a pleasure to take the helm of Countdown, first broadcast back in 1982 and still a Guinness record holder.”

How do you feel about Nick Hewer leaving Countdown? Leave us a comment on our Facebook page @EntertainmentDailyFix and let us know.