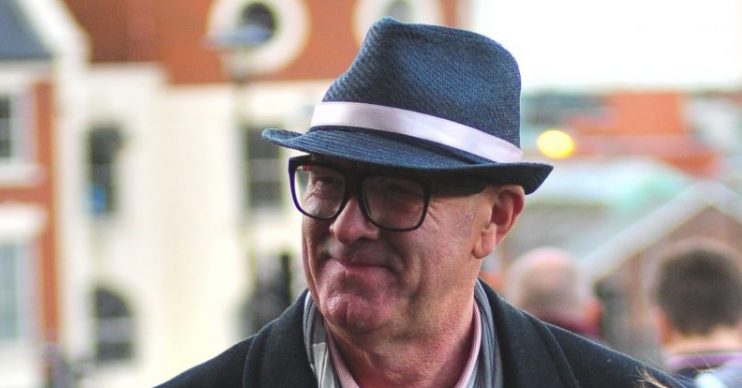 Great news for him and his family.

Dean Sullivan has received the all-clear 18 months after being diagnosed with prostate cancer.

The 64-year-old actor – who played Jimmy Corkhill in Channel 4 soap Brookside – has opened up on his battle with the disease, which he has overcome after undergoing HDR (high dose rate) brachytherapy to treat it.

Read More: The Queen may have to delay Christmas at Sandringham

Reflecting on getting the good news last month, he told the Daily Mirror newspaper: “It was such a relief, so wonderful to hear. I thanked the Lord for looking after me and for all the people who had said prayers for me…

“Even though my last PSA (prostate-specific antigen) level was so low, I still have to have a hormone injection every six months for three years, which gives me the best chance that the cancer won’t come back.

“There are side effects including hot flushes and night sweats, which my female friends refer to as the ‘male menopause’. I’ve also lost body hair, which feels a bit emasculating, but it’s a small price to pay for being cancer-free.”

Thank you so much to our ambassador Dean Sullivan for sharing his prostate cancer story ahead of hosting our Liverpool Carols at St David’s concert.

Dean – who admitted he was “a bit shell shocked” when he was diagnosed in May 2018 – has now urged people to trust their instincts when something doesn’t seem right health-wise.

The former soap star first noticed his “stream wasn’t as strong as it used to be” when he went to the bathroom.

Read More: Prince William ‘was involved in the decision to sack Prince Andrew’

He told the publication that his “stream was so different to how it had been and I knew that wasn’t how it should be”.

Dean added that “ometimes people think they’re bothering the doctor unnecessarily and that doctors are always right, so if they’ve said it’s nothing, it’s nothing”.

He insisted that “doctors aren’t always right so we shouldn’t be embarrassed to go back”.