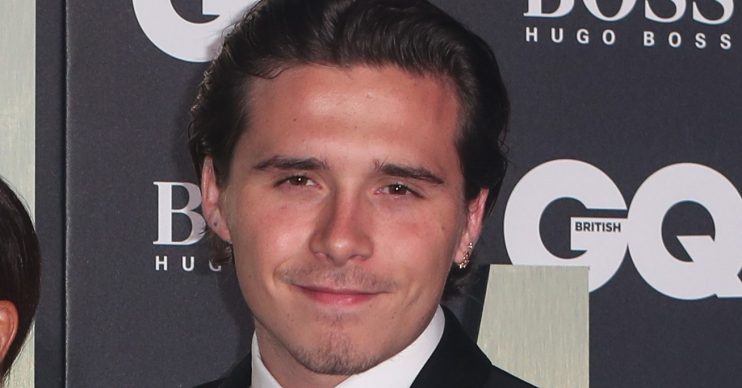 Brooklyn Beckham seals his new romance with a steamy kiss

She's his fourth love interest since the summer…

Brooklyn Beckham’s got a new love interest and he doesn’t care who knows it.

Ex-girlfriend Hana Cross should look away now as Brooklyn has been snapped getting steamy with rumoured new girlfriend Nicola Peltz.

Brooklyn split from model Hana over the summer and actress Nicola is the fourth woman he’s been linked to since the break-up.

He is also rumoured to have had a fling with Kate Moss’s half-sister Lottie and has been spotted with Phoebe Torrance – the daughter of golfer Sam Torrance – and actress Natalie Ganzhorn.

Brooklyn and Nicola have been spotted out in Los Angeles a few times in the past couple of weeks, but a new Instagram picture appears to officially “confirm his rumoured romance” with her.

They are genuinely concerned about his reputation.

The picture, taken at a Halloween party, shows Brooklyn with his arms wrapped around Nicola while planting a kiss on her cheek.

It’s the first time the pair have shared a PDA.

Nicola – who is perhaps best known for Marvel show Inhumans – has even introduced Brooklyn to her brother, actor Will Peltz.

A source told The Sun: “Brooklyn has already met her family and he gets on well with her brother, they even partied together.”

It’s unclear if Brooklyn has taken Nicola home to meet his mum and dad, though.

David and Victoria are said to be worried about their eldest son’s Lothario reputation.

A source told The Sun: “They’ve spoken to him about his behaviour and warned him he can’t get away with certain things now he’s in the public eye.”