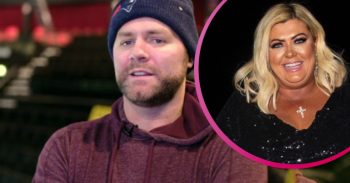 Brian McFadden has backed Gemma Collins to be a big success as a singer.

The Westlife star – who appeared alongside the reality TV diva on the recent series of Dancing On Ice – has listened to her debut single Come Home, and is convinced her upcoming Naughty Boy collaboration will be a hit.

Speaking to The Sun newspaper’s Bizarre column, he said: “Gemma can do anything she wants – and she will try everything in the world.

“Don’t be surprised if she does very well. She played me the song, Naughty Boy played it over the phone for us. It sounds like a good one.”

Brian will be back on tour with the Better Man hitmakers in May and June, and admitted he has been working hard to lose weight after letting himself go a bit after he was voted off Dancing On Ice.

He added: “I took a break after the show and started eating pizzas and watching ‘Jeremy Kyle’ for a little bit. But I’m about to go on tour so I’ve had to hit the gym.”

It was previously revealed that Gemma’s first single will be a heartbreak tune inspired by her on/off relationship with James ‘Arg’ Argent.

Producer Naughty Boy – who has worked with Beyonce, Jennifer Hudson, and Cheryl – has also tipped the former The Only Way is Essex star to make it big in the music industry.

Read more: Keith Duffy takes to the stage with Boyzone after being hospitalised

He told The Sun: “She was born to sing, it’s just that she’s actually taken a different route with it.

“But I think Gemma is going to have one of the biggest songs of the year, I can say that with my hand on my heart.

“It’s definitely a romantic song and Gemma’s got such a big heart, it makes a lot of sense of her whole life right now.”

Do you think Gemma Collins will make a good pop star? Leave us a comment on our Facebook page @EntertainmentDailyFix and let us know what you think!