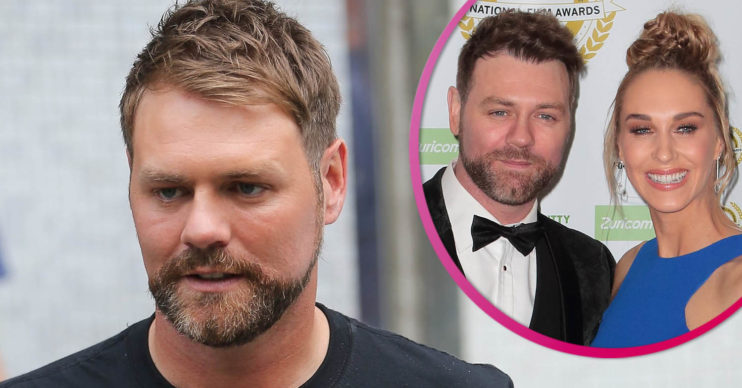 Brian McFadden and his fiancée Danielle Parkinson have opened up on their miscarriage pain.

The former Westlife singer and Danielle have been trying to conceive for the past two years.

Now the couple – who got engaged last December – have revealed that they have been having IVF treatment for the past year.

Danielle, 38, did fall pregnant after the first round of treatment but she lost the baby five weeks into the pregnancy.

What did Brian McFadden and Danielle say?

Danielle told OK! magazine: “I was about five weeks in. I felt pregnant. I had a backache and some tiredness.

“Then I started bleeding and the symptoms disappeared. I took a pregnancy test and it was negative. A blood test in hospital confirmed I’d lost the baby.”

Brian, 40, was in Dubai at the same time that Danielle lost their baby.

She can recall that when she flew out to meet him in the UAE city the singer “didn’t believe the baby was gone”.

A blood test in hospital confirmed I’d lost the baby.

Whilst they were both in Dubai, a top gynaecologist performed a scan which confirmed she had lost the baby which left them with the “worst sinking feeling”.

The couple are “devastated”

Brian added: “We were devastated. I didn’t believe the baby was gone … it was the worst sinking feeling ever.”

Danielle has quite low AMH [Anti-Müllerian hormone], meaning that she produces eggs but there are only a few of them.

The couple’s second egg implantation didn’t take but they still have the option of another two rounds of IVF, which they both want to use.

Happy Birthday to my beautiful baby @lils.mc 17 today. I love you xxxx

Brian is already father to Molly, 18, and Lilly-Sue, 17, from his first marriage to Kerry Katona.

The couple were due to marry in 2021 but Brian recently revealed that the couple had decided to postpone their nuptials until 2022 due to the coronavirus pandemic.

He previously told OK!: “We were talking about getting married next year but five weddings that we were supposed to go to this summer have been moved to the summer of 2021.

“When Danielle and I get married, we want to take some time together afterwards, we don’t want to try and be squeezing it in between shows.”