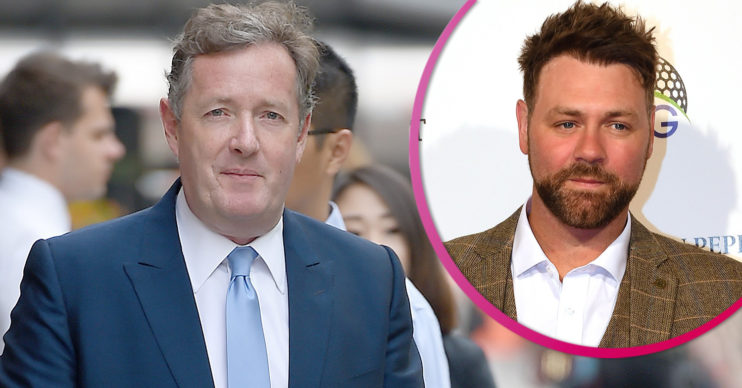 TV’s Piers Morgan has found himself in a Twitter spat with Brian McFadden.

Piers is always interacting with his fans and calling out trolls on his Twitter page.

The presenter has recently been criticising the government on how they’ve dealt with the coronavirus pandemic.

Piers has shared more than 135,000 tweets since joining the social media site back in 2010 and has gained over seven million followers.

Brian spotted the amount and called Piers out on Twitter.

However, Piers hit back: “Mate, I may have posted 6x as many tweets as you, but I’ve got 21x as many followers.”

Brian, who has 346.8k followers, then replied: “You’re gonna end up arthritis in your tweeting thumbs!”

He was celebrating reaching 7.5 million followers as he wrote: “BREAKING: 7.5 million. Thanks for following!”

However, a user under the handle @AnonymousJourn9, claimed they had evidence showing a portion of Piers’ followers were paid-for bot accounts.

But Piers was quick to shut down the rumours and insisted it’s an “absolute lie”.

He wrote: “I don’t know who you are, but this is an absolute lie.

“I have never bought a single Twitter follower, and wouldn’t know how.

“So I strongly suggest you delete this defamatory thread before I take further action.”

One of Piers’ followers asked him: “Can you address the main point made @piersmorgan?

“Are any of your followers bots? If so how many? If you don’t know this information, how can you be certain this thread is an absolute lie?”

“All high profile Twitter users have bot followers, and Twitter purges them occasionally (I’ve lost around a million followers in past two years during these purges).

“But I have never bought a follower, that is a lie.”