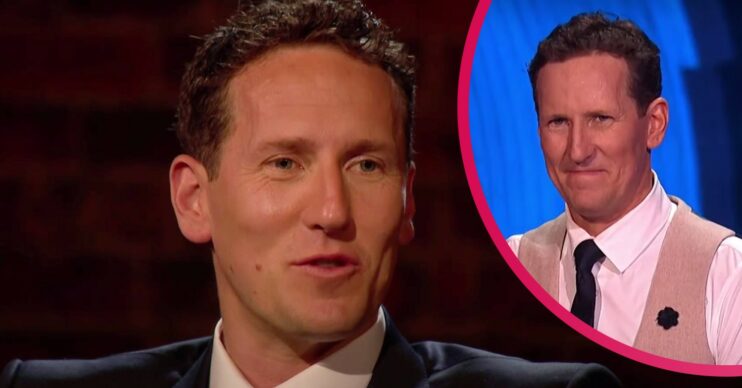 In two minds about how she's growing up

Brendan Cole, a Dancing On Ice 2022 finalist, has shared a rare glimpse of his daughter with fans on Instagram.

The ITV ice skating competition hopeful, 45, revealed he and his wife Zoe Hobbs have been determined to maintain their children’s privacy on social media.

Recent developments mean they couple have reassessed their views.

But Brendan still admits he is in two minds about his young daughter, nine, growing up.

Sharing a clip apparently put together by daughter Aurelia, dad-of-two Brendan explained his position on social media and his kids.

Brendan – who performs alongside Vanessa Bauer in Sunday’s series final of DOI – also clarified why that was changing.

He wrote in the post’s caption: “We have always tried not to post photos of our beautiful children’s faces to the world of social media, at least until we felt they were old enough to make their own decisions about being seen or not.

“The time has come where my daughter wants to be involved. And after spending the last few Sundays on the telebox supporting daddy, I figured it was ok. She has now well and truly been seen.”

Brendan ‘had no idea’

Brendan added he had “no idea” what was going on as he joined in with Aurelia’s request to jig about with her.

Indeed, the first he knew about it was when it appeared in his feed, originally uploaded to her private account.

I really love the fact that she’s growing up.

He went on to reflect: “I really love the fact that she’s growing up and turning into a beautiful young lady but would love her to keep her innocence a little longer.”

Brendan’s Instagram followers were charmed by the lighthearted video. And many also expressed admiration for his and Zoe’s approach to social media.

Someone else remarked: “Love her. Go Aurelia! I’ve really respected you and Zoe for keeping your babes private until it’s their decision.”

“Beautiful daughter and totally understand your sentiments,” agree another commenter.

And a third added: “You’re a proud and very wise dad, doing exactly the right thing.”