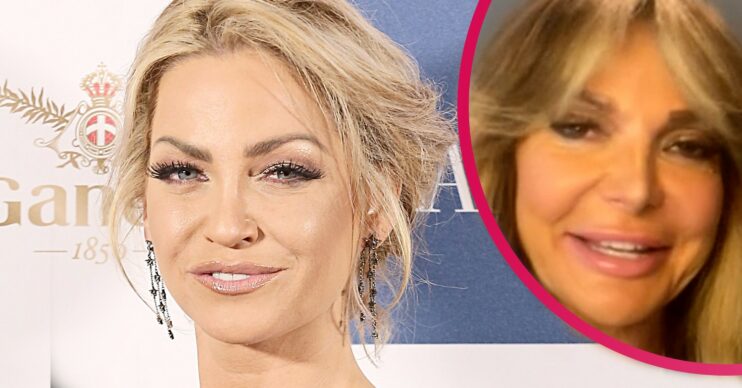 Viewers were not happy

BBC Breakfast viewers slammed the show after an embarrassing blunder during a Sarah Harding tribute.

They welcomed Sarah’s pal, Lizzie Cundy, onto the programme to share her memories.

Lizzie, 53, said that Sarah had: “A wonderful bright smile that you just gravitate to. Whatever it is she had, she had that X factor, that something special.”

“[She had] just a beautiful kind heart. Beautiful inside and out.”

However, as Lizzie spoke viewers noticed a huge gaffe onscreen – the caption had got Sarah’s name wrong.

It read ‘Sarah Hardy’ instead of Sarah Harding.

How did viewers react to the gaffe?

It wasn’t long until viewers noticed the error and took to Twitter to admonish the BBC.

One wrote: “BBC Breakfast interview regarding the death of Sarah Harding put up a caption saying Sarah Hardy.

“So important to get those details right, especially when dealing with grief. Do better @BBCBreakfast.”

Another said: “@BBCBreakfast it’s Sarah Harding not Sarah Hardy !- attention to detail not good especially at this awfully sad time.”

“At least get her name right on the caption pretty lazy and disrespectful.”

Who else paid tribute to Sarah on the show?

Earlier in the show, Lady Victoria Hervey paid tribute to her friend, and said “she was such a vibrant… full of energy, there was no one really like her”.

She added: “She was a unique person and full of life. Larger than life.”