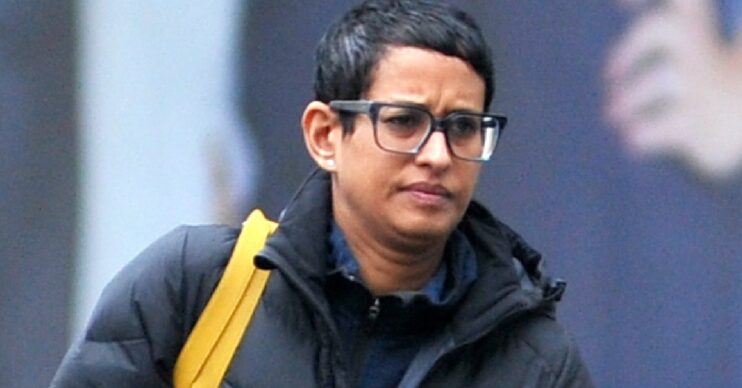 Naga was honest in her look back at her schooldays

Naga Munchetty has admitted being a “bully” at school as she made a heartfelt confession on her BBC Radio Five Live show.

The presenter, 46, also revealed that it was “not a good feeling” knowing that she had done what she did and now she lives by the ‘Be Kind’ motto.

After one caller phoned in to share their experiences, Naga then made her admission.

“I remember a time when I was in school and a big group of us, a gang of girls, we used to hang around and one of the girls in the group annoyed us,” she recounted.

“She’d done something that we weren’t happy with and we all turned-on her.

“We ostracised her and it got to the point where the teacher put us all in a room and she asked if anyone wanted to apologise.”

Naga then continued, thinking back to her schooldays.

“I was so stubborn and so pig-headed…

“I’ve never quite got my head around why I was just so stubborn about it and how I hadn’t thought about how much that would hurt her and whether it would bother her.

“It’s quite a hard thing to admit you’ve been a bully,” she admitted after a moment of silence.

“For me, I always abide by one of those mottos in life Be Kind, and knowing you haven’t been…

Naga then told listeners that she did make up with the girl in question, and admitted that she was bullied as well.

Is Naga still being bullied?

Only last week, she hit back at a Twitter user who branded her an “awful woman”.

After the man made his comment, Naga quote-tweeted him.

“Tim Do yourself a favour,” she wrote. “Stop following this awful woman.”