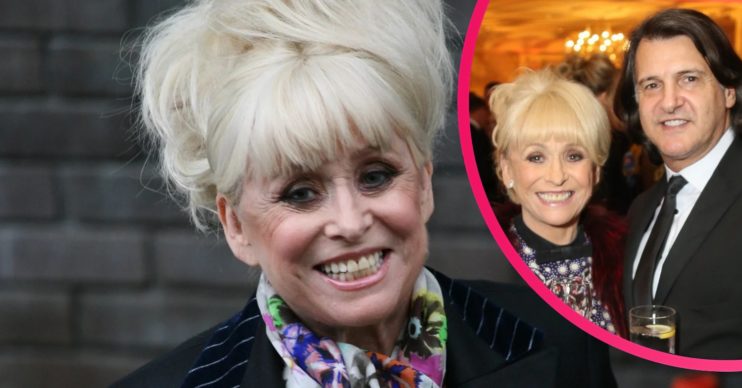 The husband of Barbara Windsor has given a heartbreaking insight into the EastEnders star’s final weeks before her death.

The legendary actress died at 8.35pm on Thursday at a London care home after battling Alzheimer’s.

Tributes have poured in since the tragic news broke.

Now, Scott Mitchell has shared what it was like being by Barbara’s side in her last hours.

“Her passing was from Alzheimer’s/dementia and Barbara eventually died peacefully and I spent the last seven days by her side,” Scott told the PA news agency.

He went on to reveal that Barbara kept her “fighting spirit” up until the very end of her life.

He added: “Barbara’s final weeks were typical of how she lived her life. Full of humour, drama and a fighting spirit until the end.

“It was not the ending that Barbara or anyone else living with this very cruel disease deserve.

“I will always be immensely proud of Barbara’s courage, dignity and generosity dealing with her own illness and still trying to help others by raising awareness for as long as she could.”

Barbara was first diagnosed with Alzheimer’s in 2014.

However, Barbara’s illness was only made public four years later in 2018.

Earlier this year, fans feared the worst when Scott revealed that she had been moved into a care home.

How did Barbara Windsor and her husband meet?

The happy couple first met all the way back in 1992.

The actress was good friends with Scott’s parents, and sparks flew when he offered to drive her to dinner.

In her autobiography, All Of Me: An Extraordinary Life, she recalled telling him: “You’re a very smart young man.”

However, there was one snag. Barbara was still married to second husband Stephen Hollings at the time.

“A charming, intelligent and attractive friend, admittedly,” she added.

After their marriage hit the rocks, she went out on a date with Scott and they were inseparable ever since.

Pay your respects to Barbara on our Facebook page @EntertainmentDailyFix.