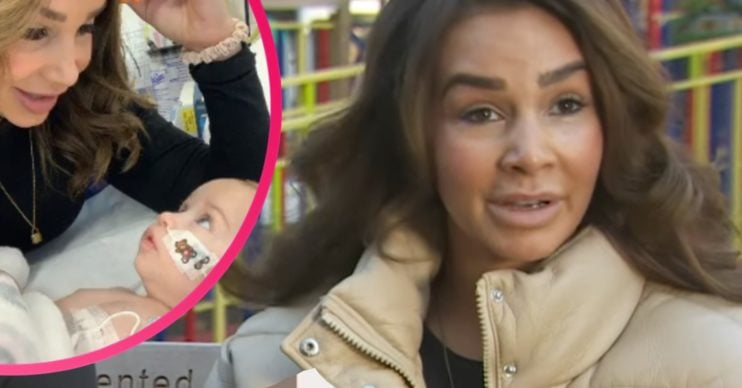 Ashley Cain's little girl tragically passed away at the weekend

Ashley Cain and his partner Safiyya Vorajee are struggling to cope following the death of their daughter.

Azaylia tragically passed away aged only eight months old at the weekend.

The youngster had battled a rare and aggressive form of leukaemia since she was eight weeks old.

She said: “I would like to take a moment out of my day to thank each and every one of you for your heartfelt messages, amazing videos that you have created for us, poems, candles that have been lit, balloons, music, flowers, etc.

“It’s so beautiful. Every day is getting harder but Azaylia’s taught me strength, and courage, which she held 100%. Now I need to make her proud and do the same. I know you’re looking down on me.

“A special thank you to beautiful Azaylia for teaching all of us the true meaning of life, I’m honoured to be your mummy.

Earlier this month (April) doctors had told the couple they could no longer treat Azaylia’s leukaemia.

Because of this, the couple made the heartbreaking decision to take Azaylia home for her final days.

Safiyya revealed that nurses had told them both to make the most of the weekend with their daughter.

The reality star shared a photo of himself and Azaylia and said he “can hold you again in heaven”.