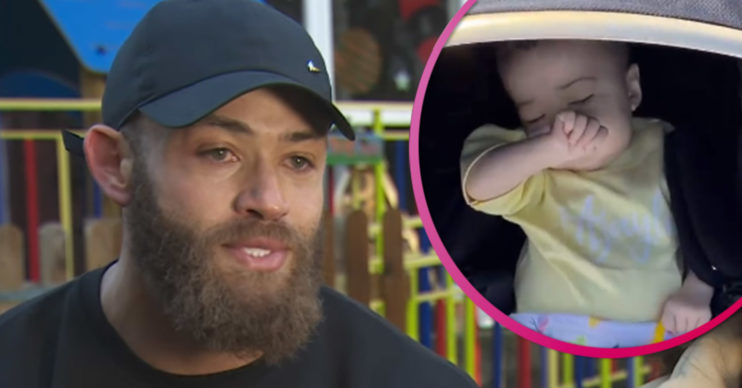 Azaylia had a seizure and her body "went as stiff as a board", Ashley said

Ashley Cain has shared an update on his baby daughter Azaylia as he revealed she suffered another seizure.

The little girl suffers from a rare form of leukaemia.

Her parents Ashley and Safiyya Vorajee revealed yesterday they were told to “make the most of this weekend” as her body was “shutting down”.

Ashley later took to Instagram to explain they had to call for the on-call nurses after Azaylia had a seizure.

What did Ashley Cain say in the update about his baby daughter?

Alongside a sweet photo of Ashley doting on Azaylia in her pushchair, Ashley said: “We had our own little adventure today, even if it was just walking up and down the street. It was special!

What else did Ashley say?

Ashley continued: “Shortly after these photos were taken Azaylia had a seizure.

“Her eyes rolled back, she stopped breathing and her body went as stiff as a board.

“We put her on oxygen straight away and called for the on-call nurses. After a few hours of close observation we managed to settle her.

“This has happened a few times now, but it never gets any easier. Yet she continues to battle through!”

Paying tribute to his strong little girl, Ashley added: “Your determination inspires me. You impress me each and every day.

“I’m so proud of you, I can’t imagine my life without you, I have faith in you. My Champion. My Hero. I love you.”

It came shortly after Ashley and his girlfriend Safiyya got told to make the most of the weekend with Azaylia.

Safiyya posted a trio of photos of her daughter enjoying the sunshine.

She wrote: “So the nurses woke me up this morning for a home visit and told me to enjoy the weekend as they now think her body is slowly shutting down.

She added: “Hearing these words rips and tears my heart and soul into pieces.

“Appreciating the day, the hour and the minute is something I never thought I would do as we all take life for granted.”