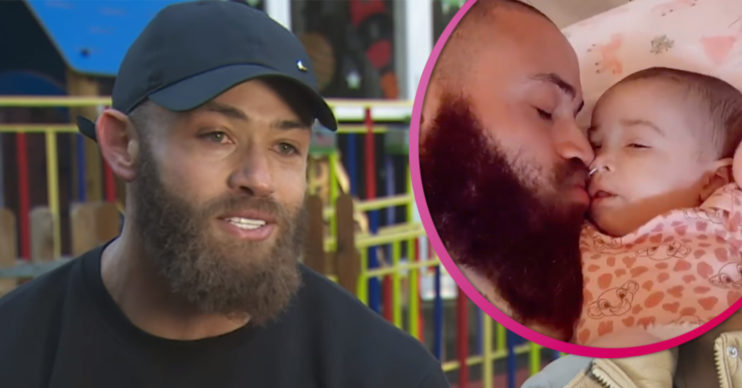 Ashley Cain has revealed his baby daughter Azaylia has died after a battle with leukaemia.

The little girl suffered from a rare form of leukaemia and parents Ashley and Safiyya Vorajee fought tirelessly to save her.

On Sunday, Ashley shared a photo of himself and Azaylia and said he “can hold you again in heaven”.

What did Ashley Cain say about his baby daughter?

Alongside photos of her cuddling the tot, Safiyya wrote: “You are my Angel my heartbeat my soul.

“RIP my precious baby, you will always be with me like a hand print on my heart.”

It came after Ashley and Safiyya were told by nurses to make the most of this weekend with Azaylia.

Safiyya had posted a trio of photos of her daughter enjoying the sunshine.

She wrote: “So the nurses woke me up this morning for a home visit and told me to enjoy the weekend as they now think her body is slowly shutting down.

What did Ashley say recently?

Meanwhile, Ashley later took to Instagram to reveal Azaylia had suffered a seizure and stopped breathing.

“Shortly after these photos were taken Azaylia had a seizure.

“Her eyes rolled back, she stopped breathing and her body went as stiff as a board.

“We put her on oxygen straight away and called for the on-call nurses. After a few hours of close observation we managed to settle her.”