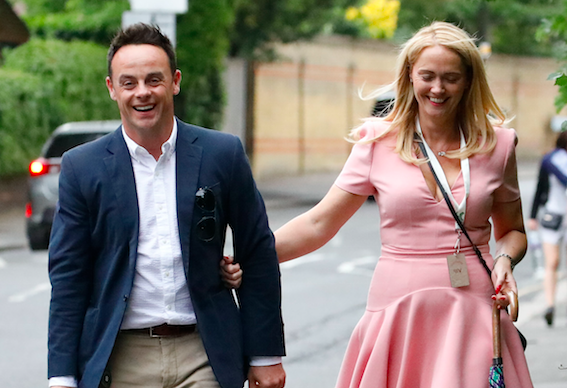 They've been dating a year

Ant McPartlin is set to move in with his girlfriend of one year, Anne-Marie Corbett, next month.

The couple have been renovating a £6 million, seven bedroom mansion for months.

Anne-Marie, Ant’s former personal assistant, has two children from a prior relationship.

A source told The Sun that the house is perfect for children.

“The property is perfect for them.

“It has everything they want and marks an important milestone in their relationship together.

“It’s close to parks and open spaces to walk labrador Hurley and is in a lovely area for the children,” the source revealed.

The home will come as a fresh start, as Ant moved out of his former West London home with his ex-wife Lisa Armstrong last year.

The couple were married for 11 years, and the relationship reportedly broke down over Ant’s substance and alcohol battles, and his subsequent drink-driving arrest.

Ant recently returned to the road after fulfilling a 15-month driving ban.

The TV personality had been given a driving ban and fined £86,000 after causing a car crash while driving more than twice the legal limit.

Following Ant’s troubles, he took almost a year out of showbiz and also completed a treatment program at The Priory.

He made his return to the spotlight this year, reprising his role as co-host on ITV’s Britain’s Got Talent.

What do you make of Ant’s big move? Let us know what you think on our Facebook page @EntertainmentDailyFix.