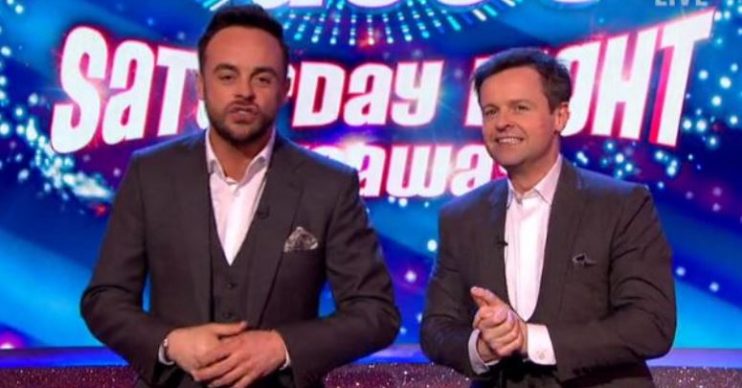 The presenter stepped down following his drink drive arrest

Presenter Ant McPartlin will reportedly be returning to host Saturday Night Takeaway nearly two years after he stepped down and the show was subsequently rested.

Ant and Dec are believed to be filming the new series early next year.

Dec, 43, had to present the two final episodes of the popular ITV show alone following Ant’s drink-drive arrest in March 2017.

Producers then decided to rest the show while Ant, 43, stepped away from the spotlight to focus on his recovery, saying at the time they did so because “neither Ant and Dec nor ITV wanted to compromise the quality of the show”.

Read more: Sherrie Hewson devastated as brother is given 18 months to live

After bouncing back, Ant – who also returned to Britain’s Got Talent in April – reportedly can’t wait to front the series alongside Dec again.

“There’s a real buzz around the show,” an insider told The Mirror. “It promises to be bigger and better than ever. As much as Dec did a great job on his own, it just wasn’t the same without Ant.”

ED! has contacted a representative for Ant for comment.

The Geordie star also stepped down from his I’m A Celebrity role and was replaced by Holly Willoughby for the first time in the show’s 17-year history.

Read more: Ant McPartlin and ex Lisa Armstrong ‘in doorstep row as she refuses to let him in their marital home’

The This Morning presenter and Dec managed to pull in the show’s highest ever ratings when 12.6 million viewers tuned in to see Holly’s first week in the jungle.

He later admitted Dec was furious over the incident, telling The Sun: “He’s angry, of course he’s angry. But it’s justified and I understood it.”

Following his recovery, Ant’s first TV appearance was back on Britain’s Got Talent earlier this year.