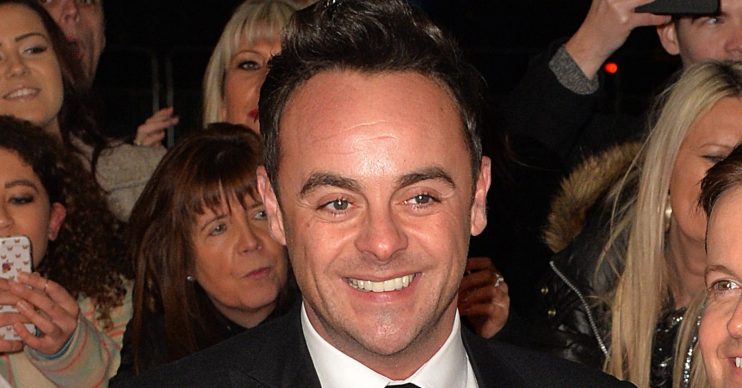 He has three adorable pooches

Ant McPartlin has given fans a glimpse into his family life on Twitter.

The Britain’s Got Talent presenter, 43, returned to social media to share a snap of his three adorable dogs to celebrate International Dogs Day on Monday.

The photo showed his Labrador Hurley and two Maltipoo puppies Milo and Bumble looking at the camera during a walk.

Ant captioned the post: “Happy ‘belated’ #InternationalDogsDay to all the lovely pooches out there.. including my gorgeous 3! A.”

Fans gushed over the sweet picture.

One person tweeted: “Awwwww!! Beautiful picture of them, Ant!” while another wrote: “Awww, they’re all gorgeous, and Bumble and Milo are super cute!”

A third said: “Awww Ant, they look absolutely adorable. I bet it was difficult to get all 3 looking at the camera at the same time.”

Ant bought his two puppies earlier this year with his girlfriend Anne-Marie Corbett.

A source told The Sun in February: “[Ant] has not stop smiling since picking them up. He’s in a really positive place.

“The pups are from the same litter so get on well and are full of beans. He’s started to house-train them and show them to friends.”

Meanwhile, earlier this month, it was reported that Ant, Anne-Marie and their pups were set to move into a £6 million mansion.

“It has everything they want and marks an important milestone in their relationship together.

Read more: Ant McPartlin and ex Lisa Armstrong ‘in doorstep row as she refuses to let him in their marital home’

“It’s close to parks and open spaces to walk labrador Hurley and is in a lovely area for the children.”

Ant moved out of his former West London home that he shared with ex Lisa Armstrong last year.

The former couple were married for 11 years but split in January 2018.

Ant will return to our screens this weekend for the launch of Britain’s Got Talent: The Champions, which starts on Saturday (August 31).