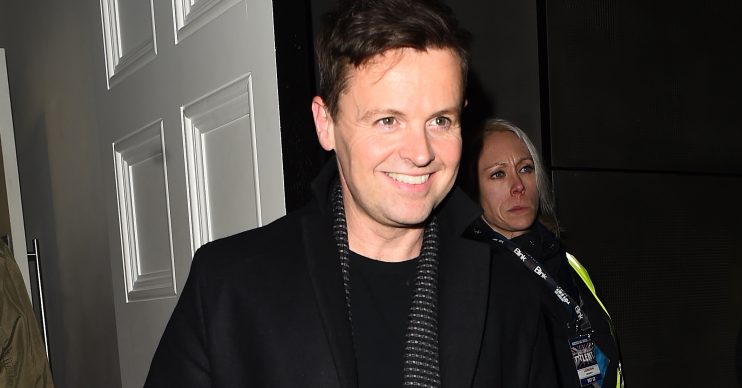 TV’s dynamic duo – Dec Donnelly and Ant McPartlin – have been busy recently with two series of Britain’s Got Talent to host, and a new upcoming series of I’m A Celebrity to prepare for.

But Ant took time out of his busy schedule to wish his best mate a happy 44th birthday… but not in the way you would imagine.

I had to quickly get a birthday photo out there to celebrate the little fella’s big day!! 🤣
You’re welcome Declan!!
Love
The slightly bigger fella
A pic.twitter.com/Kl6elD2Omj

Read more: Declan Donnelly and Ali Astall get dressed up for charity night with Holly Willoughby

Marge is the largely-bouffanted character from hit animated comedy series, The Simpsons.

Flashing a cheeky smile, Ant wrote: “I had to quickly get a birthday photo out there to celebrate the little fella’s big day!!

Ant had used the same photo to wish Dec a happy birthday last year, and the Tweet had many of the joint account’s 6.7million followers in bits.

Another guffawed: “hahahahaha love it !!!”

Ant not only has Dec’s birthday to celebrate, things seem to be going well with his partner.

It’s been reported that he girlfriend Anne-Marie Corbett are about to take a huge step in their relationship.