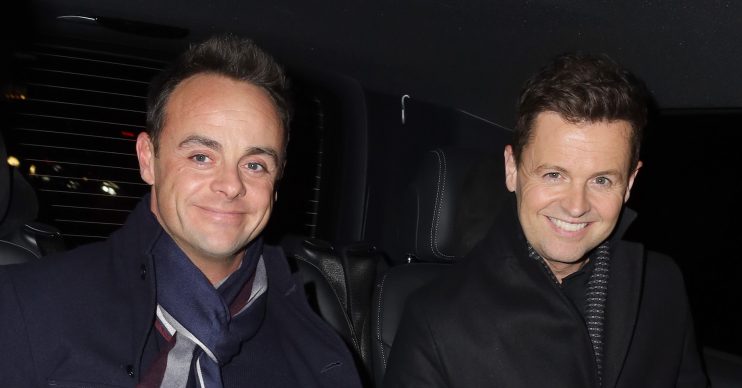 The series will kick off at Christmas

Ant and Dec will be cooking up a storm in the kitchen on the upcoming series of Jamie Oliver and childhood friend Jimmy Doherty’s Channel 4 show.

Taking to Instagram, the presenting duo teased their appearance on Jamie and Jimmy’s Friday night feast, which will air at Christmas.

The snap shows them all beaming into camera as they pose in Southend, where the series is filmed.

“Really fun day filming with @Jamieoliver and @jimmysfarm on Southend Pier today. Such a nice day. Thanks for having (and feeding) us fellas!” the pair wrote on Instagram.

Lots of excited fans replied saying they couldn’t wait to see them show off their cooking skills.

Jamie also shared the same image and praised the pair for being such brilliant guests.

He wrote: “The perfect pier guests so much love and respect for @antanddec what a laugh and they actually smashed some incredible food well done boys. New series is gonna be a cracker a really nice range of guests.”

In more snaps from their appearance, Ant and Dec appeared to be getting stuck into cooking tuna alongside the famous chef.

It’s the second time Jamie and the presenters have teamed up together this year, after the duo hilariously pranked him in his Harrogate restaurant.