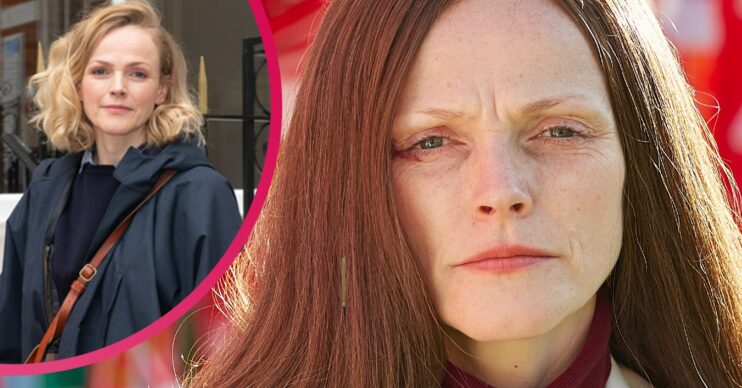 Maxine Peake is a British actor best known for her roles in TV shows Dinnerladies, Shameless and Silk. She stars in new ITV drama, Anne.

Anne is based on the real-life story of a mother fighting for justice following the death of her son in the Hillsborough disaster.

Maxine stars as Anne Williams who fought tirelessly after losing her 15-year-old son, Kevin, in the 1989 tragedy.

But what do we know about Maxine?

Read more: All you need to know about new ITV drama Anne from cast to true story it’s based on

Where is Anne star Maxine Peake from?

Maxine was born in Westhoughton, Bolton. Her father was a lorry driver turned electrician, while her mother was a part-time care worker.

Maxine has an older sister, called Lisa, who is a police officer. Maxine’s parents separated when she was nine years old.

When she was 13, Maxine joined the Octagon Youth Theatre in Bolton. It was her grandfather who encouraged her to follow her acting dream.

What age is Maxine Peake?

Who is Maxine Peake married to?

Maxine isn’t married but is in a long-term relationship with film art director Pawlo Wintoniuk. She left London in 2009 and the couple live together in Salford, Greater Manchester.

Maxine has said she thinks living away from London has given her the opportunity to take on riskier (and lower paid) theatre roles.

What else has Maxine Peake been in?

Maxine has starred in lots of long-running British TV shows. Among her most memorable roles are Twinkle in Victoria Wood sitcom, Dinnerladies and Martha Costello in legal drama, Silk.

She also starred as Veronica Ball in Shameless and opposite John Simm as Grace Middleton in The Village.

One of her more challenging roles was playing notorious child murderer Myra Hindley in ITV’s See No Evil: The Moors Murders. The drama aired in May 2006 and won Maxine a Royal Television Society award.

Read more: BBC One drama The Girl Before ends with brilliant twist that blows viewers minds

Downton Abbey and Call The Midwife actress Sharon Small has commented that people are always mistaking her for Maxine.

Speaking to the Cambridge Independent in 2018 she said: “I have one of those faces that I get mistaken for different people quite a lot – mostly Maxine Peake – and they go, ‘Oh you were really good in that’ and I say, ‘That wasn’t me!’”

Will you be watching Anne? Tell us on our Facebook page @EntertainmentDailyFix.