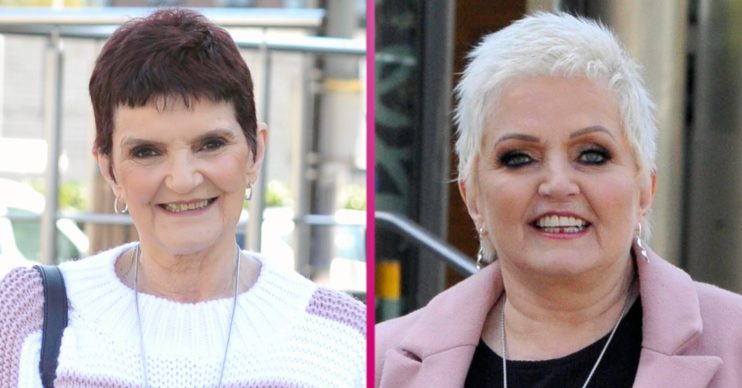 We are rooting for them.

Anne and Linda Nolan have made a heartbreaking admission about their battles with cancer.

The sisters, 70 and 62, said they are constantly in fear after they both received cancer diagnoses.

While speaking in a Facebook chat, Anne said the fear never goes away.

Chatting to fans via Daily Mirror’s Facebook page, she said: “You do live with it for a few years – if you feel ill or anything at all you think, ‘Oh gosh, it’s the cancer coming back’.

What did Linda and Anne say about their cancer?

“Eventually that feeling fades away and you don’t think that all the time. Eventually it does leave your head.”

Meanwhile, Linda said she is still very fearful, but is incredibly grateful for the NHS’ support.

She explained: “The thing is that if you are worried, your GP is still there for you. At Blackpool my cancer nurse was there and I would phone her and I would just say.

“When I had a mastectomy in 2006, for two months I could feel a lump in where they had taken my breast and there was no breast there and I thought, ‘Oh god it’s growing back and I phoned her and she said, ‘Don’t worry, it’s scar tissue’.

“What I mean is that, it’s inside your head all the time.”

When was Anne diagnosed with cancer?

Anne was told her breast cancer had returned last year, after she first battled it in 2000.

She was diagnosed at stage three – the worst stage before it reaches terminal status, stage four.

She said: “Anne has had great results.

“She had her chemo and she was really ill with it, but because her cancer was primary they can’t see any disease there at the moment. And she didn’t have to have a mastectomy, which they thought she might have had to.”

She has been fighting secondary breast cancer since 2017, and it has since spread to her liver.

Back in 2006, she was initially diagnosed with breast cancer.

Linda has said she has no idea how much longer she has left to live.

“I have to get on with it and appreciate all that’s happening, because I don’t know how long I’ve got left.”

*Linda and Anne’s new book – Stronger Together – is out now.