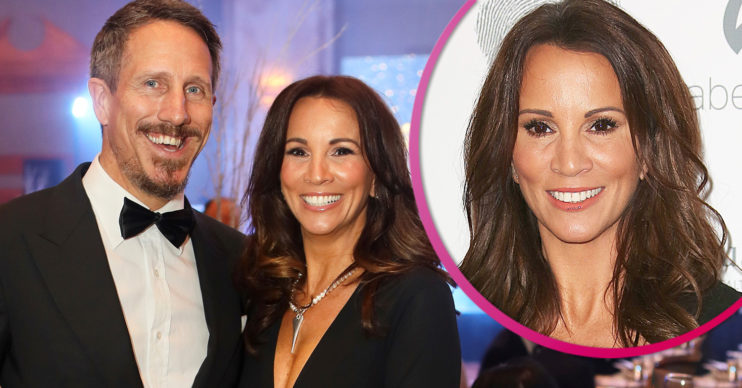 Andrea McLean has sparked speculation after she teased an upcoming project.

The Loose Women star, 50, said she’s been busy planning the next steps for her business with husband Nick Feeney.

Taking to social media, she told fans she and Nick had a ‘busy day’.

Sharing in view of her some 260,000 followers she penned: “Busy day for @lordfeeney and myself!

“So much to come in the next few months”

“Just come off air from an hour’s live TV laughter and debate then on to forward planning meetings for @officialtgiof – so much to come in the next few months that I CAN’T WAIT to share with you… #thisgirlisonfire #womeninbusiness.”

This Girl Is on Fire is a female empowerment platform owned and run by both Andrea and Nick.

Claiming to be for “women who want more out of life” it offers motivational tools and business advice. It also promotes and sells products from female business owners.

Despite Andrea’s exciting promises on Instagram, her followers seemed more concerned over her diet.

Last week she joked on the social media platform how she didn’t like the way her husband eats KitKats.

She says he eats it whole, instead of breaking the bar into two.

Several fans couldn’t help but poke fun at her claims after she posted about her upcoming project.

One user wrote: “Have a KitKat lol,” and another joked: “Think you and @lordfeeney need a KitKat then to keep your energy levels up for a busy afternoon.”

Andrea even took her KitKat debate to the Loose Women panel today.

She said on the ITV show: “Look! I caught him biting into a two-fingered KitKat. He didn’t bite the chocolate off around it he bit into it!

She even quipped that this was “marriage-ending behaviour”.

A stunned Janet Street-Porter couldn’t see anything wrong with his chocolate eating method.

She lamented: “I am honestly worried about what you two have been getting up to in lockdown.

“That how you open a packet of chocolate indicates the state of your mind.”

The news comes just days after she said she was in tears over recording the audio version of her upcoming book.

Busy day for @lordfeeney and myself! Just come off air from an hour’s live TV laughter and debate then on to forward planning meetings for @officialtgiof – so much to come in the next few months that I CAN’T WAIT to share with you… #thisgirlisonfire #womeninbusiness

Again taking to Instagram, she shared: “It’s a wrap!! Two days in a tiny little studio in central London recording the audio version of my new book!

“I’ve literally been in a glass box of emotion (AnchorMan reference for all you film buffs out there!) for the past couple of days; there’s been laughter, choking back tears, euphoria… all the wonderful things that come with telling your story in a quest to help others.”

What do you think Andrea is working on? Leave us a comment on our Facebook page @EntertainmentDailyFix.