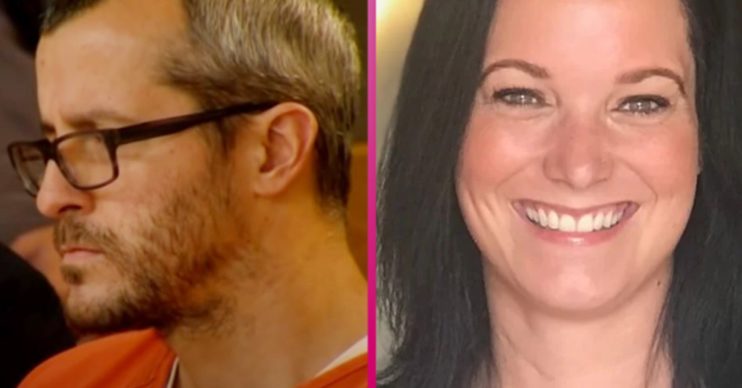 WARNING: Content about the murders of his wife and their daughters which some may find distressing

Netflix’s American Murder: The Family Next Door killer Chris Watts has divulged sickening details of his crimes in an open letter from prison.

The murderer, who features in the documentary, discussed killing his wife Shanann in a letter penned from behind bars.

Watts, who previously insisted the killing was not premeditated, said in the letter that he thought about killing his wife for “weeks”.

What did Chris Watts write in his open letter?

He wrote, as reported by the Daily Mail: “All the weeks of me thinking about killing her, and now I was faced with it. When she started to get drowsy, I somehow knew how to squeeze the jugular veins until it cut off the blood flow to her brain, and she passed out…

“Her eyes filled with blood; as she looked at me and she died. I knew she was gone when she relieved herself.”

American Murder killer tried to smother daughters before killing them

Elsewhere in his writing, Watts also said he used a pillow to try to smother their two young daughters, but they regained consciousness.

He killed them later, after driving to the remote location at an oil field where he would bury Shanann’s body.

Shanann was pregnant when Watts killed her. Their daughters, Celeste and Bella, were aged just three and four.

Watts committed his crimes in 2018 and is serving five life sentences.

He is currently locked up at Dodge Correctional Institution, a maximum-security facility in Waupun, Wisconsin.

Watts was previously at a prison in Colorado, but authorities moved him for security reasons.

According to People, he is kept on lockdown for 23 hours a day and has little to do in his cell, but is allowed to have pictures of his family next to his bed and also a Bible.

– American Murder: The Family Next Door is available to watch now on Netflix

Have you watched the documentary? Leave us a comment on our Facebook page @EntertainmentDailyFix and let us know.