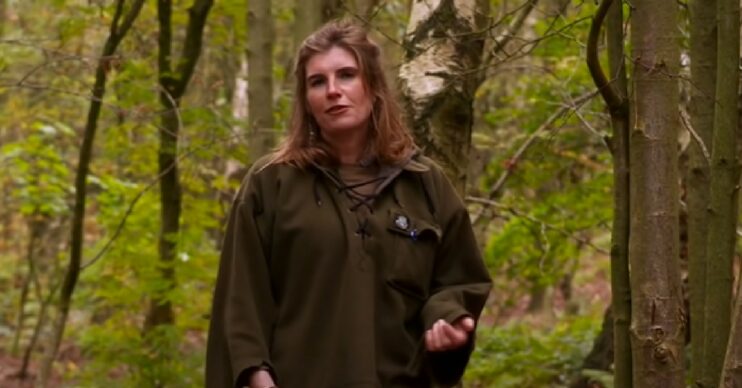 Amanda Owen has opened up about a tattoo she has on her body.

The Our Yorkshire Farm star revealed she has a ‘tramp stamp’ in keeping with her role as a shepherdess.

However, in a new interview, Amanda reckons the inking may not be as sharp as when she had it done.

The 47-year-old said her tattoo, which she has not revealed on TV or social media, is of a sheep.

Ahead of her appearance at The Game Fair, Amanda said: “I have a tattoo of a sheep – a tramp stamp!

Read more: Our Yorkshire Farm star Amanda Owen admits: ‘I feel like a bit of a failure’

The Channel 5 favourite, whose split from farmer husband Clive Owen was confirmed earlier this month, also opened up about her music preferences.

Amanda went on to reveal her love for rave and dance music.

She added that because where she lives so remote she is able to pump up the volume without bothering neighbours.

However, she did indicate she only does so when her brood are out of the house and at school.

Amanda added: “I also sometimes go to sleep in my make-up and after a quick tidy up the next morning I am good to go.”

A statement said: “Clive and I are sad to confirm that we have made the difficult decision to separate.”

It continued: “This hasn’t been easy, but we both believe it’s the right choice for the future of our family.

“Although we are no longer a couple, we continue to work on the farm and co-parent together, with our number one priority the happiness and well-being of our children.

“We would like to thank everyone for their support and would that the media please respect our privacy as we work through this difficult time.”