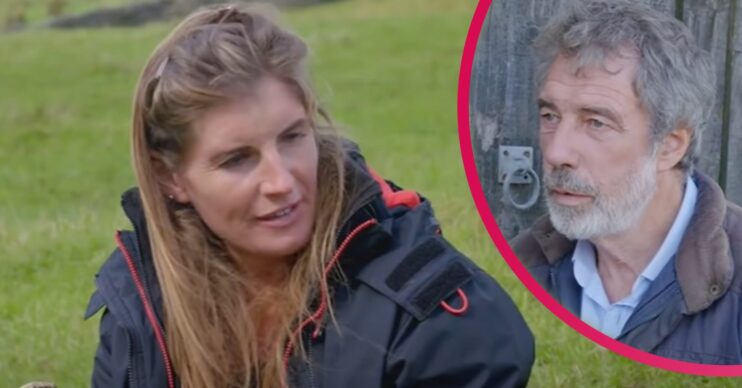 Amanda and Clive announced their split this week

Amanda Owen announced this week the sad breakdown of her marriage to husband Clive.

And while the actual confirmation may not have come as a surprise, the first talk of troubles between them did.

Amanda’ mum previously said she didn’t know anything was up when her daughter revealed was going through tough times.

Joyce Livingstone spoke out last year after the Our Yorkshire Farm couple confirmed in a statement that they were experiencing a “rocky patch”.

“Like any marriage we have our stresses and strains,” they said.

Amanda’s mum saw ‘no hint’ of any problems

The shocked mum said she hadn’t seen any hint of trouble.

“I am gobsmacked,” she told MailOnline.

She went on: “There was absolutely no hint of any trouble. We watched the programmes on the television, and it did not look like there was anything wrong.”

Joyce added that as far as she knew, the couple’s relationship was “rock solid”.

Amanda and Clive, who share nine children, have now gone their separate ways after more than 20 years of marriage.

The star, aka The Yorkshire Shepherdess, confirmed the news in a post on her Instagram Story that was signed by both of them.

“Clive and I are sad to confirm that we have made the difficult decision to separate,” it said.

“Although we are no longer a couple, we continue to work on the farm and co-parent together, with our number one priority the happiness and well-being of our children.”

She added: “We would like to thank everyone for their support and would ask that the media please respect our privacy as we work through this difficult time.”

How long were Amanda and Clive Owen together?

Our Yorkshire Farm is on Channel 5 on Saturday at 1.05pm.