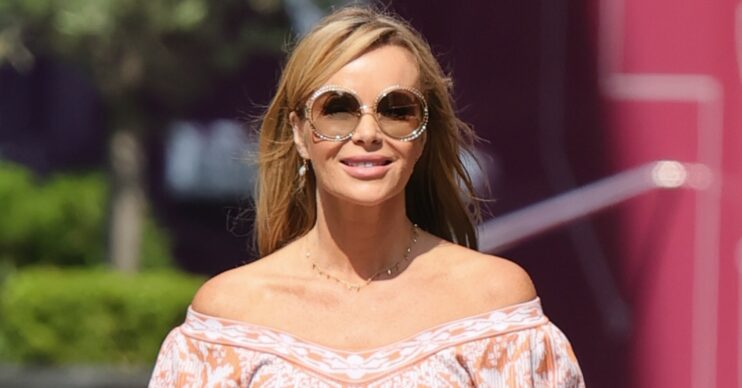 Amanda Holden is thought to be worth a whopping £20 million these days, but it wasn’t always that way.

In fact, the Britain’s Got Talent star has revealed that money was once so tight that her mum suggested she steal breakfast.

The TV and radio star said it happened when she and her family were on a ferry on their way back from a holiday.

Amanda said on Alan Carr’s Life’s a Beach holiday podcast: “We’d spent all our money on holiday and we came back on a ferry and my mum told me to go and nick milk from the… you know when you have to get in the queue for breakfast?

“She was like, ‘Amanda, if you want any breakfast you’ll have to steal it.’

“So we had to get in the queue and steal some milk and some Sugar Puffs!”

“She’s going to batter me!” joked the star, who grew up in Hampshire.

Amanda’s money worries are certainly far behind her now.

The mum-of-two’s net worth is now estimated to be £20 million thanks to her high profile TV and radio work.

How does Amanda make her money?

Amanda got started as an actress in shows including Hearts And Bones and Wild At Heart.

She later made a name for herself on talent shows and is thought to rake in big bucks for ITV’s Britain’s Got Talent and BBC One’s I Can See Your Voice.

Amanda also has her Heart radio show and the record deal she landed in 2019 boosted her bank balance too.

She released her debut album Songs From My Heart last year and it flew off the shelves, entering the UK album chart at number four.

On top of that, she has done commercials and has released an autobiography called No Holding Back which became a best-seller.

And it looks like things are about to get even busier.

Earlier this year it was reported that Amanda had landed herself a new series on Channel 4.

“Everyone wants a piece of Amanda right now,” a source told The Sun. “She has become the golden girl of TV and radio over the last 12 months.”