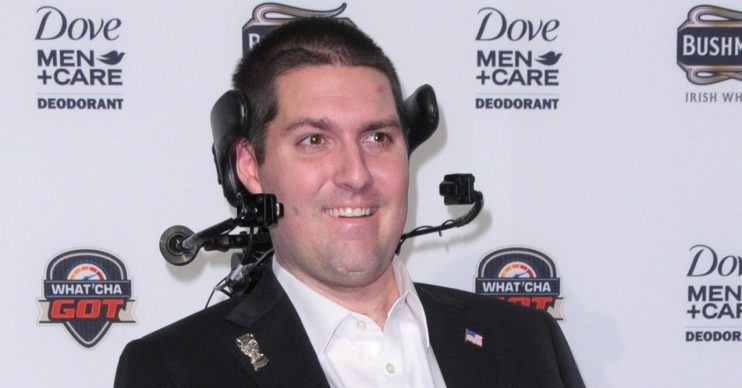 He raised £150m for charity

Pete Frates, the man who created the ice bucket challenge, has died at the age of 34.

The condition sees most sufferers lose the ability to walk, use their hands, speak, swallow and breathe.

Pete began raising awareness for the disease back in 2014, when his ice bucket challenge went viral.

Celebrities including Kim Kardashian, Rita Ora, Simon Cowell and the Beckhams took part in the challenge.

Professor Stephen Hawking, who also suffers from ALS, nominated his kids to do it on his behalf.

Pete was diagnosed with the disease when he was just 27.

Pete raised £150 million for ALS research with the creation of the ice bucket challenge.

It saw nominees either accepting the challenge of having an icy bucket of water chucked over their heads or donating money to the charity.

He was a noble fighter who inspired us all to use our talents and strengths in the service of others.

“He was a noble fighter who inspired us all to use our talents and strengths in the service of others,” said Pete’s family.

“A natural born leader and the ultimate teammate, Pete was a role model for all, especially young athletes, who looked up to him for his bravery and unwavering positive spirit in the face of adversity,” they said.

Pete is survived by his wife Julie and their five-year-old daughter Lucy.

Back in September he shared a picture of himself with his smiling daughter to Twitter.