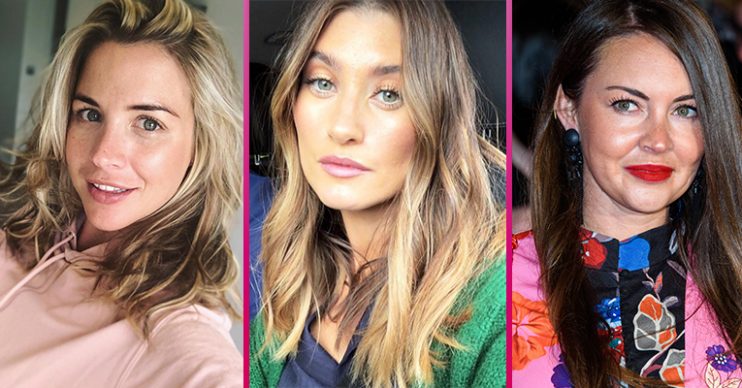 All the celebs expecting babies and when they are due!

These pregnant celebs are due this year

There’s a bit of a baby boom going on in the celebrity world right now, so we can’t wait to see these stars’ little ones when they arrive!

The couple, who announced their romance in February 2018, are set to meet their firstborn in a matter of weeks.

Gemma, 34, recently took maternity leave from her hosting slot on Hits Radio and told fans on Instagram: “I’m casually waiting for Baby Marquez to arrive and for the new chapter for me and Gorks to begin.”

Pregnant Emmerdale star Charley will be having her third child with hubby and co-star Matthew Wolfenden.

They already have sons Buster, nine, and Bowie, three, and announced their exciting news in February this year.

Matthew revealed 31-year-old Charley’s due date on Lorraine in May. He said they are “expecting in around nine weeks’ time.”

She told OK! magazine: “I can’t wait to nurture our baby – we’ve dreamed of having a family for so long.”

The 31-year-old, who tragically lost two babies before this pregnancy, added: “When you’ve lost babies all you care about is the heartbeat – we’ve had about 12 scans.”

Singer and radio presenter Myleene will soon be welcoming a baby with boyfriend Simon Motson, who she met three years ago on a blind date.

Myleene said she can’t wait for their first child to join her daughters Ava, 11, and Hero, seven, who she has with ex Graham Quinn, as well as Simon’s two children.

The 41-year-old revealed to Hello! magazine: “Snoop (the baby’s nickname) is going to be the glue.”

Due date: Estimated to be October

Coronation Street’s Brooke revealed her baby joy in April, which had fans speculating she was at the three-month mark when she made her announcement.

It will be the 27-year-old’s first child with boyfriend Kean Bryan, who plays for Sheffield United.

Brooke told OK! magazine: “I always worried it wouldn’t happen for me – I’m beside myself with happiness.”

Coronation Street star Julia broke the news about her pregnancy in May.

The actress, who plays Shona Ramsey, is having her first child with husband Ben Silver.

Julia, 34, told fans on Instagram: “Ben and I are delighted to announce that we are expecting our first baby at the end of this year! We are absolutely overjoyed and can’t wait to meet our little one! ❤️❤️❤️ #newarrival #babysilver.”

Due date: Estimated to be November

Alesha’s pregnancy was announced live on Britain’s Got Talent by Ant and Dec!

They broke the news in May, when Alesha was thought to be around three months pregnant, meaning she is expected to give birth around November.

The BGT judge, 40, already has five-year-old daughter, Azura, with partner Azuka Ononye and said she is “over the moon.”

Countdown star Rachel revealed she and partner Pasha Kovalev are expecting their first baby in December.

Rachel, who has been with the ex-Strictly dancer for five years after they were partnered on the show, announced the news on Instagram.

The 33-year-old wrote: “Pash and I have a conundrum for you… you have till December to work it out!

“We’re over the moon excited.”