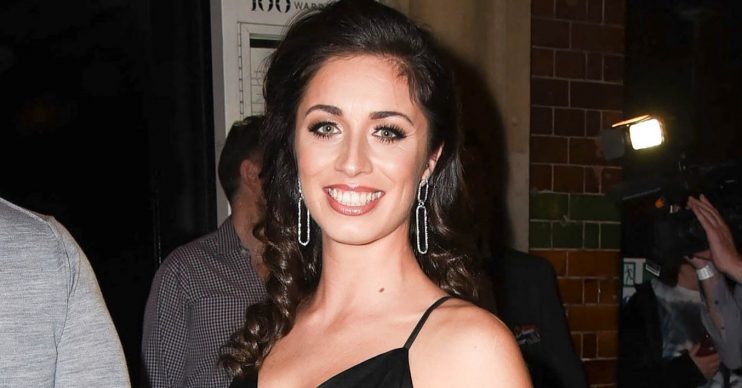 She married her husband Ben in February

Julia Goulding has announced she’s pregnant with her first child.

The Coronation Street actress is expecting a baby with her husband Ben Silver after they married in a secret ceremony in February.

Announcing the happy news, Julia – who plays Shona Ramsey in the ITV soap, shared a snap of herself and Ben to Instagram alongside a sweet caption.

Ben and I are delighted to announce that we are expecting our first baby at the end of this year! We are absolutely overjoyed and can’t wait to meet our little one! ❤️❤️❤️ #newarrival #babysilver

She wrote: “Ben and I are delighted to announce that we are expecting our first baby at the end of this year!

“We are absolutely overjoyed and can’t wait to meet our little one!”

Fans were quick to congratulate her.

One person commented: “Awwww congratulations to you both,” while another wrote: “Ohhhhh Julia how wonderful.”

Her Corrie co-stars were also quick to congratulate her.

Samia Longchambon, who plays Maria Connor, added: “Whoop!! So happy for you both Jules!”

It comes months after Julia and Ben tied the knot in a secret ceremony.

In January, it had been reported that the couple were engaged after Ben apparently got down on one knee and popped the question last year.

The actress and Ben tied the knot surrounded by family, friends and her soap co-stars in Manchester’s Albert Hall.

Speaking exclusively to OK! Magazine, Julia said she always wanted to get married on stage, so the Albert Hall was the perfect venue.

She said: “I love being on stage and I always wanted to get married on one!”

Julia revealed they didn’t keep with tradition of the bride being walked down the aisle by her father as the couple walked down together hand-in-hand.

Julia said: “It was important for us to walk down the aisle together and my parents aren’t traditional. My dad didn’t mind not giving me away as he believes I’m my own person.”

Leave your congratulatory messages for Julia and Ben on our Facebook page @EntertainmentDailyFix and let us know what you think of this story!