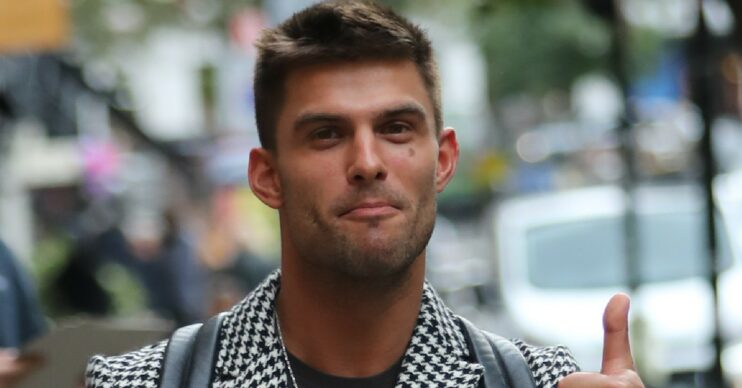 Aljaz annouced he was leaving Strictly in March

Aljaz Skorjanec has revealed he quit Strictly Come Dancing to try and make it big in Hollywood.

The Slovenian dancer, 32, announced he was stepping down from the show in March after nine years on the dance floor.

The star loved his time in sequins, but now he’s trying to get his foot in the door of Tinseltown.

The couple spoke to Hello! magazine about the series and why it was time to move on for Aljaz.

“I’ve had an incredible nine years on Strictly and have felt so lucky to be there, but it felt like the right time to take a risk and open myself up to new challenges,” he said.

The dancer is currently taking acting lessons and aiming high for the future.

“Do I want to go to Hollywood? Of course! If I didn’t dream big I would never have ended up on Strictly,” he exclaimed.

Janette gushed: “I already imagine him as a Hollywood leading man, he definitely has what it takes and he has always been my Prince Charming.”

In his debut series, Aljaz lifted the Glitterball trophy with Abbey Clancy.

He then only narrowly missed out on the top spot again with actress Gemma Atkinson.

Janette was a dancer on the programme until she left for its spin-off show, which she presents with Rylan Clark.

Aljaz explained the couple used to help each other with their choreography, adding that it was hard for him when Janette left.

The couple hope to host their own show one day like Ruth Langsford and Eamonn Holmes.

Aljaz explained that being in a couple gave him the “edge” when he was on Strictly and is confident his chemistry with Janette will translate to other ventures.

Whether it’s Hollywood or Blackpool, we can’t wait to see more of the adorable pair!

Would you like to see Aljaz in Hollywood? Go to our Facebook page @EntertainmentDailyFix and let us know what you think.