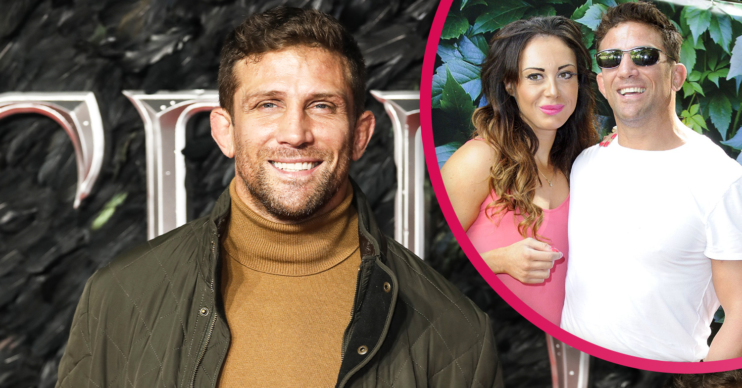 Their baby is due next summer

Alex Reid and Nikki Manashe have sadly confirmed that they have lost one of their unborn twins.

Alex – who was married to Katie Price – and Nikki have been trying for a baby for seven years.

They have so far undergone four cycles of IVF and have suffered five miscarriages.

Nikki is currently nine weeks pregnant and found out about the loss at a scan around two weeks ago.

What have Alex Reid and Nikki Manashe said about their pregnancy?

Nikki shared the sad news on her Instagram page.

She said she was “heartbroken and happy” at the same time.

I hadn’t planned to have twins but as soon as I was pregnant with two babies I wanted both of them.

She revealed: “I lost one of my twins. Vanishing Twin Syndrome is the medical term used.”

This is when a baby disappears in the uterus during pregnancy as a result of a miscarriage and the tissue is absorbed by the other twin.

“I hadn’t planned to have twins but once I was pregnant with two babies I wanted both of them.

“I was already planning moving to my new big house in the countryside, watching two babies grow up together, digesting the happy news that I will never need to go through IVF again as I now have my perfect family and then just like that – one strong beautiful heartbeat not two.”

She added: “Emotions – heartbroken and happy all at the same time? Grief and excitement.”

Nikki also revealed that she had then suffered a bleed and called an ambulance, thinking she was losing the other twin.

“I had an emergency scan and thank God my baby is okay and we are currently nine weeks and two days.

“The blood is old blood and was due to implantation bleeding and a 5cm cyst that has decided to grow back again since it was removed in October! But we are both safe!” she said.

‘We will never forget the other baby’

He said: “We will never forget the other baby. Who will now be a guardian angel for his/her twin.”