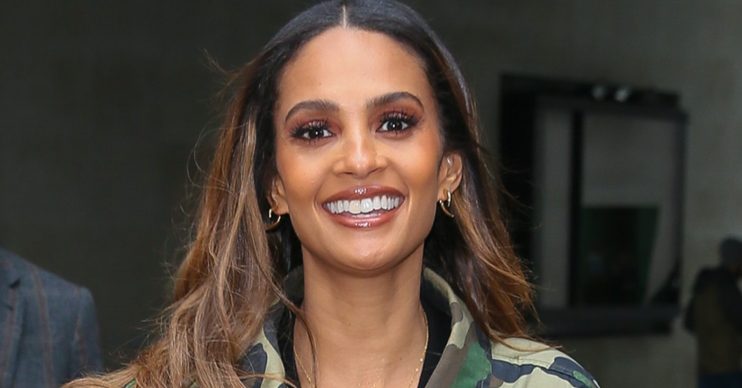 She gave birth to her second child seven weeks ago

Alesha Dixon stepped out for Simon Cowell’s birthday bash after announcing the birth of her second child.

The Britain’s Got Talent judge shared the first photo of her newborn daughter to Instagram on Monday as well as revealing her sweet name, Anaya Safiya.

To celebrate Simon’s 60th birthday, Alesha, her partner Azuka Ononye and other famous faces enjoyed a night out in Malibu.

Alesha stunned in a black dress featuring a plunging neckline with her hair tied up in a high bun.

She walked hand-in-hand with her eldest daughter, Azura, alongside Azuka.

It comes after Alesha confirmed the arrival of her daughter on social media.

Alongside a picture of Anaya sleeping on one of their chests, Alesha wrote: “Anaya Safiya born 20.08.19.

“7 weeks ago this little angel came into our lives! As I celebrate my birthday today I feel like the luckiest girl on the planet.”

According to the Quranic Baby Names website, the name Anaya means: “An indirect Quranic name for girls that means ‘care’, ‘protection’, ‘diligence’.

“It is a variant of the name Inaya.”

At the time, Alesha said: “Over the moon, yes. Lovely place to celebrate it.”

Meanwhile, on Monday night, Alesha enjoyed dinner alongside Simon and pals at nobu in Malibu as they took a break from filming America’s Got Talent.

As he left the venue, Simon greeted photographers and accepted a bottle of blended Californian wine.

Simon was joined by his girlfriend Lauren Silverman, their five-year-old son Eric and her son Adam, 13.