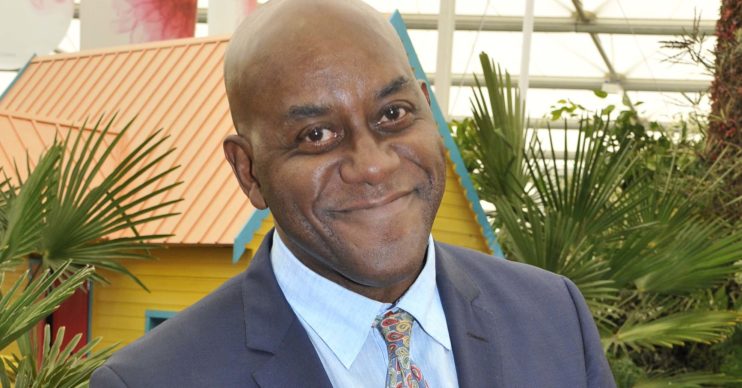 The celebrity chef will be back on our screens next week

Ainsley Harriott has admitted that he still has feelings for his ex-wife Claire Fellows, even though he’s now in a new relationship.

In a rare insight into his love life, the TV chef and former Strictly Come Dancing star, 63, said he was enjoying sharing his life with someone again, eight years after he split from costume designer Claire.

But he revealed that he still holds a place in his heart for his former partner and the mother of his two children.

Ainsley was married to Claire for 23 years, but the pair went their separate ways in 2012.

Despite this, it is believed that they have remained on good terms, and Ainsley says that he still values what they had together.

He told the Mirror: “I still have love and feelings for my ex wife – that never stops because she gave me the most important things in my life, and there is a respect there. But everyone moves on, and that’s fine.”

The Ready Steady Cook star also spoke about his new relationship – although he stopped short of revealing who his new love interest is.

He said: “I have a partner now, and I’m enjoying having love and getting to share my life with someone. That’s what it’s all about, isn’t it?

“Although, she always says to me: ‘I’d prefer it if you didn’t talk about me, thanks darling.'”

During the interview, Ainsley also revealed that he’d taught his two children – Jimmy, now 30, and Maddie, now 27 – how to cook.

And he’ll be hoping to inspire millions more people to become confident in the kitchen when his new cookery show starts next week.

Ainsley Harriott: The Food We Love will see the popular chef interviewing celebrities about their favourite dishes.

Filmed in a studio kitchen, it will also explore some of the things that families have been eating during the lockdown period.

Ainsley swapped the kitchen for the dance floor in 2015 when he appeared as a contestant on Strictly Come Dancing.

He teamed up with professional dancer Natalie Lowe for the series, finishing 12th overall.

Ainsley Harriott: The Food We Love starts next Saturday at 11.35am on ITV1.