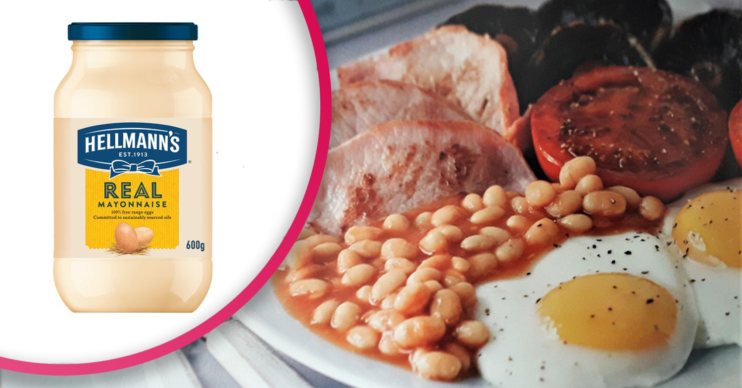 Woman slammed after revealing she puts mayonnaise on her fry up

While we love a dollop of mayonnaise as an accompaniment to chips or alongside a salad, one place it probably doesn’t belong is on a breakfast plate.

And one woman found that out the hard way after posting a picture to Twitter page Rate My Plate.

The woman, named only as Cassie C, proudly shared her plate with the Twitterverse.

It featured something that loosely resembled a full English breakfast.

On the plate was beans, sausages, scrambled eggs, bacon and toast.

While the sausages looked raw and the toast incinerated, the condiments also garnered attention.

Cassie’s ketchup looked as though it had been splattered onto her plate from a great height.

But it was the addition of mayonnaise that really got people’s goat.

Raw sausages, raw bacon, burnt toast, and who has mayonnaise with breakfast!?

“So many things wrong with this,” one person commented.

“Where do I start with this?” asked another. “The sausage and bacon is not cooked, beans look stone cold and the toast – is your toaster setting ‘burnt to a crisp’?”

They added: “And finally, is that f**king mayo?”

“All looks a total shambles,” said another. “But is that f**king mayo with breakfast??? Surely no!”

“Raw sausages, raw bacon, burnt toast, and who has mayonnaise with breakfast!?” another said.

“Just seen the mayo!” exclaimed another. “Mayo on a breakfast?!”

“Sadness on a plate”

“Mayo on any breakfast plate is a capital offence,” said another.

“Don’t mind the burnt toast but not having mayo on my brekkie plate,” another agreed.

“This is just sadness on a plate. Things will get better Cassie,” another offered.

Some even offered cooking tips.

“Use the excess heat used to incinerate the toast on the raw sausages. You’re welcome!” said one wannabe Gordon Ramsay.

“Did the sausages donate their cooking time to the toast in some sort of breakfast charity auction?” quipped another.

“Love how the dish incorporates raw AND burnt items. Truly something for everyone. Even mayo,” another joked.

They continued: “Is that mayo? The ketchup caused so much splashback I thought I was inspecting modern art!”

Others pointed out that Cassie could do with new crockery as well as a cooking lesson.

By far our favourite tweet, though, was this little gem.

It likened the sausages to something really rather rude, the scrambled eggs to “vomit” and the bacon rasher to an amputated ear.

What do you think of Cassie’s breakfast? Tell us on our Facebook page @EntertainmentDailyFix.