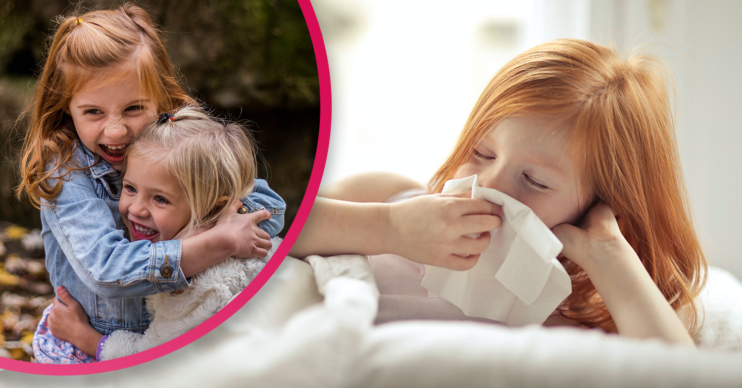 Parents could host “COVID parties” so their children catch the virus while they are still considered low risk, an expert has said.

The so-called parties would work in the same way as chickenpox parties.

At those, parents bring their children to mix with a child who has chickenpox to increase their chances of getting the infection early on.

They came about in the pre-vaccination era when parents believed such diseases were less severe in childhood and wanted to “get it over with”.

A vaccination to guard against COVID-19 remains elusive.

He said: “I remember this pre-vaccination era. As a kid I was sent around to go and play with friends who had measles, mumps, chickenpox… the lot.”

Professor Spiegelhalter added: “I’m not suggesting this is the public health solution. But if no vaccine comes along, you might think that way.”

I agree not many children have died. But who in their right mind would roll the dice hoping your child isn’t the one?

Studies have shown children suffer less severe coronavirus symptoms and are less likely to die from it than adults.

More likely to be hit by lightening

Just two children aged five to 14 have died from the virus in England and Wales.

And new figures reveal that kids are more likely to be hit by a lightening strike than die from the virus.

“No need for parties, just let them go back to school as normal,” said one Brit.

Another added: “It will only work if it guarantees permanent immunity, but unfortunately if it is like flu and colds, it won’t.”

A third said: “Surely placing your child in a room you know is filled with COVID germs is neglectful, if not borderline abuse.”

They added: “I agree not many children have died. But who in their right mind would roll the dice hoping your child isn’t the one?”

As such, the Royal College of Paediatrics and Child Health has stated that children should not be deliberately exposed to infections.

Moreover, the government ruling states that anyone displaying coronavirus symptoms should stay at home and isolate.

Head to our Facebook page @EntertainmentDailyFix and tell us what you think of the comments.