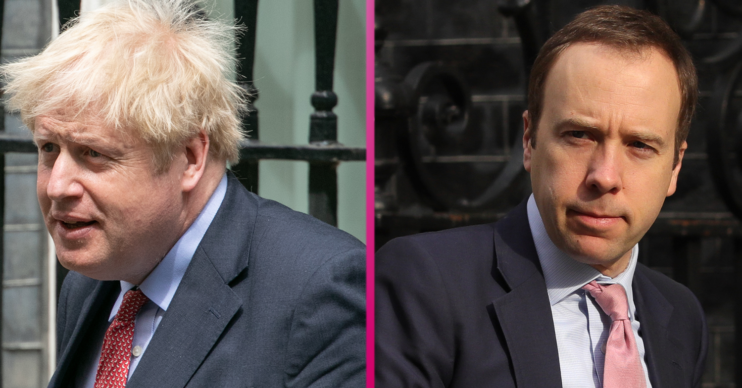 Tax rise for the over-40s being dubbed "age discrimination"

Britain’s over-40s are in uproar over the news they could be subject to a tax rise to help cover the cost of their care in later life.

Prime Minister Boris Johnson is said to be looking at a number of plans to tackle the country’s social care crisis.

The cost of social care is expected to rise by £7 billion per year and the PM is looking for a way to fix the problem, a year after he declared he would fix it “once and for all”.

However, the PM’s plans have been slammed by Brits who have accused the government of “age discrimination”.

Boris wants to end the injustice that sees thousands of older people forced to sell their homes to cover the cost of their care.

This happens because they are deemed too wealthy to qualify for council-funded care.

But the money has to come from somewhere, and that’s where the government’s new plan to make the over-40s pay comes in.

Boris’s new plans for the over-40s

Under the proposal, everyone over 40 could be asked to pay an additional levy.

This would either be through tax or national insurance or through a private scheme in which they insure themselves against the cost of their care.

The money raised would be used to provide basic care for the elderly to stay in their own homes or cover the cost of a care home.

According to the Guardian, health secretary Matt Hancock is promoting the idea.

It’s modelled on schemes already in operation in Japan and Germany.

A source said: “The latest thinking is that there’s a preference for some sort of Japanese-style model where once you are over 40 you start paying into a central risk pool. They are deadly serious about that.”

Brits appear to be dead against the plan though, with some saying the rich should cover the cost in their taxes.

“What about taxing the ultra rich who don’t even HAVE a traditional income?! So many obscenely rich people in UK,” said one.

She added: “I am okay paying my fair share of taxes for society but close the damn loopholes to make it a bit fairer.”

“Why should I pay more tax when I struggle to make ends meet as it is?” said another. “I’m already stressed about having to pay my son’s bus fares, and where the hell is that money supposed to come from… TAX THOSE WHO CAN AFFORD IT, YOU [bleep],” they added.

“Taxing according to age is a little immoral when you have an inordinate amount of super-rich in the UK who have dodged and benefited from UK tax loopholes for decades,” another agreed.

Over-40s in uk maybe we could step up a little bit but get the avoiders and evaders first please. I think you’ll find a legal row may cost you a big chunk of what you aim to make … it age discrimination

Is that even legal? Sounds like ageism to me.

“Hell no! Why should those of us who can barely put food on the table pay more tax just because of our age?” asked another.

Another tweeted: “I’m over 40. I don’t have my own house. Hospitality isn’t famous for racking up a decent pension. And now more tax. I feel like a battery chicken, chlorine wash me and can me why don’t you!?”

Over-40s in UK to pay more tax. Here’s an idea – You could tax the rich instead?

Over-40s in UK … already have to sell up hard earned property to fund care later in life … @MattHancock do you want the shirt off my back too ?!!! 😡😡😡

“Over-40s in UK should not be forced to pay for the social care crisis. For starters not all of us will need social care, in fact most of us wont. It’s not like the NHS, education or police that we all will use at some point!” slammed another.