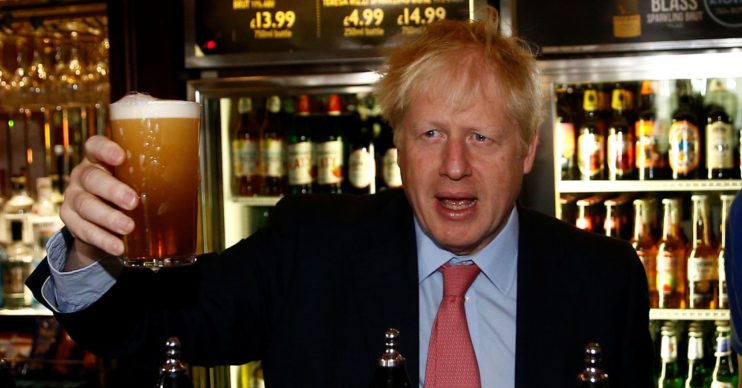 Social distancing could also be relaxed

Prime Minister Boris Johnson has given hope to Brits who are desperate to visit the pub.

He has hinted that they could reopen as soon as next month.

During a Zoom call with government ministers yesterday (May 27), Boris revealed that things were moving “faster” than he thought.

He said: “It is really difficult to bring forward hospitality measures in a way that involves social distancing.”

However, he added: “But I am much more optimistic about that than I was. We may be able to do things faster than I previously thought.”

It was originally thought that pubs would reopen during phase three of the government’s lockdown lifting measures.

That wasn’t scheduled to take place before July 4.

However, it appears things are progressing more quickly and plans are afoot that will halt the spread of coronavirus in pubs.

As well as pubs, restaurants and hotels could also reopen next month under the proposed plans.

Boris confirmed the government was “trying to go as fast as we can” to reopen the hospitality industry.

It was closed back in March as Boris imposed a UK-wide lockdown.

The pubs set to open first

It’s expected that pubs with beer gardens and outdoor spaces will be allowed to reopen first.

Plus things could get a little more sociable if a proposed change to the 2m social distancing rule gets the green light.

Others countries only enforce 1.5m and Boris has asked scientists from SAGE to look into relaxing the rule slightly for Brits.

If pubs open in June it is fantastic. We’ve got our pub ready to rock and roll.

The PM added: “My own hope is that as we make progress in getting the virus down, we will be able to reduce that distance, which I think will be particularly valuable in transport and clearly the hospitality sector.”

The “mother of all celebrations”

The news came as music to the ears of pub landlords up and down the country.

James Davis, landlord of The Cock, in Brent Eleigh, Suffolk, said it would be the “mother of all celebrations” when his pub reopens.

Greg Grundy of The Egremont in Worthing, West Sussex, also told The Sun: “If pubs open in June it is fantastic. We’ve got our pub ready to rock and roll.”

Pubs will have to prove they are secure from transmission before they are allowed to reopen, though.