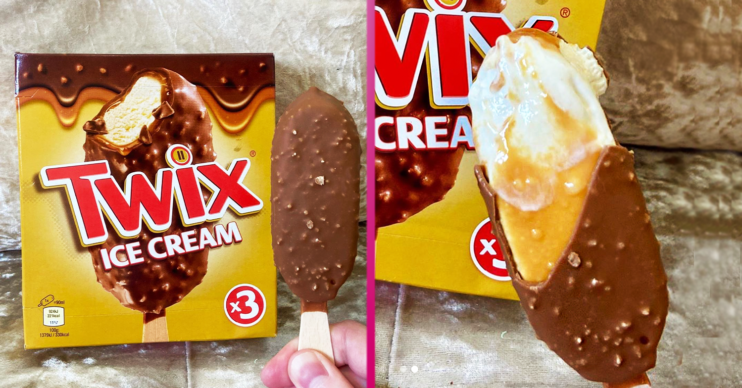 With the second heatwave of the summer upon us, it’s time to reach for the ice cream.

And they don’t come any better than this new find from chocolatier Mars.

Let us introduce you to the Twix ice cream stick, which apparently tastes “very similar” to the chocolate bar.

This is then encased in a hard chocolate shell that’s studded with Twix biscuit pieces.

The result, NewFoodsUK said, is stunning.

“I loved the caramel layer in it,” he added.

NewFoodsUK also revealed that it tastes “very similar” to a Twix.

Another added: “I love these, they’re soooo good!”

“Oh my! They look amazing!” another commented.

“OMG that caramel,” swooned another.

“Oh yum. Twix is my favourite chocolate,” another revealed.

And, in even better news, the new ice cream sticks are currently a little bit of a bargain.

They’re on sale at Farmfoods for £2 for a box of three. Or you can pick up two boxes for £3.

“I don’t even know where there is a Farmfoods, but I plan on finding one,” said one person keen to try the ice cream sticks.

We don’t know about you, but we’re planning on clearing some space in our freezer!

“Seems like everything has been ice creamified these days,” said one chocolate lover, tagging their pal.

Earlier this year, Lotus released a Biscoff ice cream tub, while M&S gave Percy Pig a chilly makeover. Shoppers can currently pick up tubs of the ice cream in store.