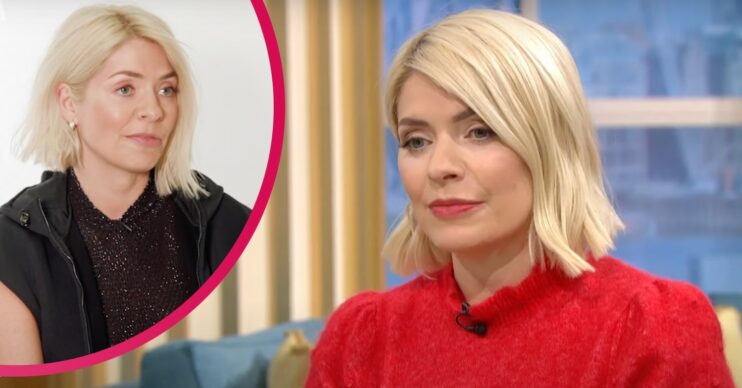 After she announced the news last night, many fans were excited.

However, plenty of Holly‘s followers were divided, with some complaining over how expensive they thought it might be.

In fact, one even said that if it was anything like the rest of her Wylde Moon range it’d cost the price of their month’s rent!

Holly took to her Instagram grid last night to give her 7.6 million followers a first glimpse at her new perfume, (borrowed from) The Wild.

In a short video, Holly can be seen posing with the perfume and spraying it around her.

“Tomorrow! My first-ever perfume…Discover a scent to energise and enliven your senses…” she captioned the post.

She then let her fans know the date and time it would launch on her website, Wylde Moon.

The post has since picked up over 17,000 likes, however, not everyone in the comments was as excited as Holly about her new perfume.

What did fans say about Holly Willoughby’s new perfume?

A number of Holly’s followers commented on her post criticising how much her new perfume is going to cost.

It was later revealed that a 50ml bottle of (borrowed from) The Wild is priced at £42 on the Wylde Moon website.

“Another overpriced item from a celebrity,” one follower commented.

“Making even more money, to go with your other millions ….. selling to folks who can’t really afford it .. but will buy it because of the name,” another said.

“I suppose this is out of normal folks price range just like the other Wylde Moon stuff,” a third wrote.

What else was said about Holly’s perfume?

Not everyone was critical of Holly’s new perfume though.

The 40-year-old star uploaded another post advertising her perfume on her Instagram earlier today. In the post, Holly, wearing a stunning dress, is sitting down, holding her new perfume.

“It’s here! My very first perfume (borrowed from) The Wild @wyldemoon …We can’t take from Mother Nature, but we can borrow a little of her magic here and there…,” she captioned the post.

She then went on to inform her followers that the scent of the perfume has hints of rose, mint, bergamot, geranium, blackcurrant and jasmine in it.

“I’ve been wearing this perfume since the day we got the scent just right and I can’t wait for you to wear it too… she’s super special,” she continued.

“That sounds like a wonderful combination of scents!” another said.