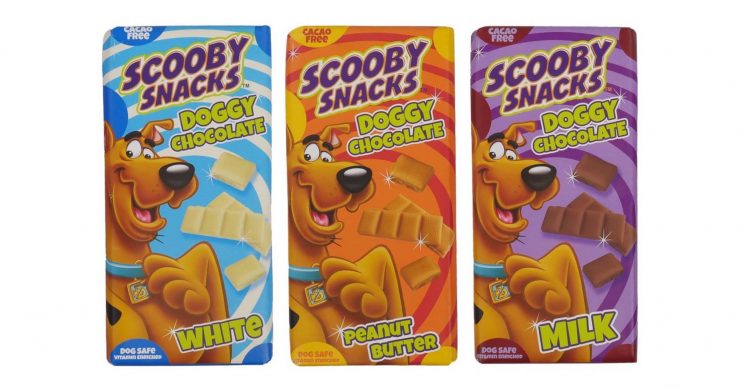 They're going down a storm – with dogs and owners!

Dog owners have revealed they are “so close” to trying peanut butter-flavoured treats meant for their pets.

The Scooby Snacks are on sale for 69p or any two for £1 at bargain store B&M.

And it appears the chocolate bars – which are made from dog-friendly carob – look almost good enough for humans to eat.

The bars of doggy chocolate are available in milk, white and peanut butter flavours, but it’s the latter that’s got most dog owners drooling.

“Sky loves these, I’ve also been close to trying them, they look nice,” admitted one shopper.

“They’re dog treats, you nut,” another B&M fan told her pal when he said he was going to “bring some into work for a treat”.

Read more: Aldi is selling a chocolate sloth for Easter and it’s bigger and costs less than the M&S one

“I think they are the coolest things ever,” he replied.

The four-legged friends the Scooby Snacks are actually intended for also like them.

“Our Akita loves the peanut butter one,” said one.

“My dog loves the peanut one the most,” another revealed.

Another went one step further for her pampered pooch, turning the chocolate bars into a hot chocolate for her dog!

“My Lola loves the milk choco one – when it’s cold and horrible I melt it down and make her hot chocolate,” she revealed.

“I’ve seen these, I got her the Scooby Doo Easter egg,” said another pampered pooch owner, referring to B&M’s pet Easter egg range.

The store is currently selling Scooby Doo Easter eggs for dogs for just £2.

Sky loves these, I’ve also been close to trying them, they look nice.

While there’s a Garfield version, laced with catnip, for our feline friends.

The chain has quite the range of Scooby Doo-themed pet goodies.

As well as the treats, there are also dog bowls in a range of colours that cost £2.99 each.

There are also coordinating pet placemats that cost £1.

We imagine the four pack of Scooby snacks hot dogs would also go down a treat with Fido!

They’re shaped like hot dog sausages – minus the bun – and are made with chicken and bacon. They cost just £1.49 per packet.