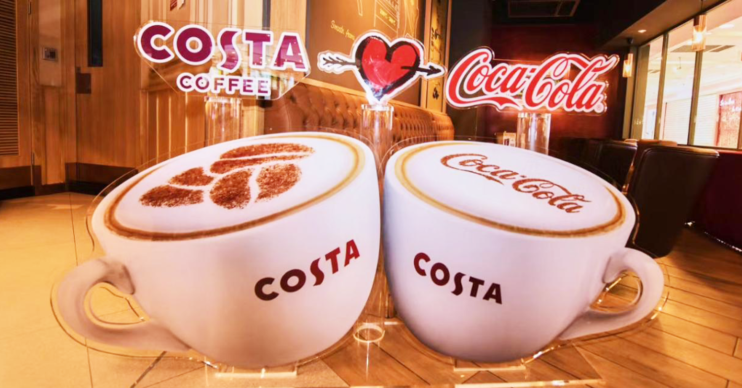 Costa has launched a new range of coffees flavoured with the iconic taste of Coca-Cola.

The trio of drinks are limited editions brewed especially for summer and, we have to admit, one sounds pretty refreshing.

There’s a Coca-Cola-flavoured Latte and a Coca-Cola Cappuccino on the menu.

However, the one that really caught our eye is the Coke Cold Brew coffee served over ice.

They added: “When served over ice, this is a truly refreshing summer drink”.

One early tester revealed: “It’s Coke-flavoured coffee. A bit of cinnamon and twist of ginger flavour. Tastes great, especially in cold ones.”

The news was announced on Costa’s LinkedIn page and fans of the chain were divided over the idea of combining the two flavours, however.

“Not sure about this one!” said another.

“Worth a try!” a third commented.

“Not sure about this one Costa! Match made in heaven or a step too far? Would love to try it,” said one adventurous coffee lover.

“Definitely have to give it a try”

Sadly, if you feel the same, we have bad news.

At the moment it’s only on sale in Costa in China.

The post read: “The summer campaign has landed in China and we are really excited by the first ever Coca-Cola flavour coffee range. This is something we cannot wait to try!”

Two of my favourite drinks blended together!

However, there are hopes it could come over to the UK soon.

“Not sure how I feel about this, but will definitely have to give it a try when it reaches the UK!” said one.

“How long before it reaches the UK because that sounds so nice!” asked another.

“Two of my favourite drinks blended together. Let us know when you bring it to the UK,” said another.

While the merger of the two caffeine giants may seem bizarre, it’s actually a match made in monetary heaven.

Back in 2018, Coca-Cola acquired Costa Coffee for £3.9 billion, so the two have a vested interest in the new range.

“Is there a decaf version?” quipped one LinkedIn user.

Somehow, we doubt it!

Head to our Facebook page @EntertainmentDailyFix and tell us if you’d try it.