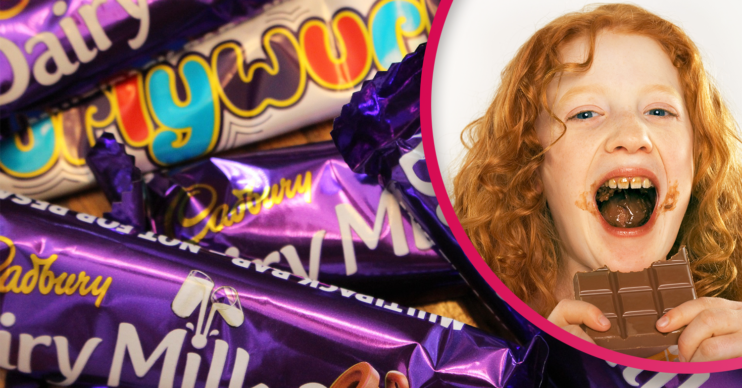 They will now contain less than 100 calories

Chocolate giant Cadbury has announced it will shrink the size of three of its popular chocolate bars in a bid to tackle childhood obesity.

He said, as a nation, we are “significantly fatter” than most of the rest of Europe.

Plans are afoot for greater use of gastric bands, while the government is also working on issuing diet advice.

We feel strongly about playing our part in tackling childhood obesity.

Now Cadbury has pledged to help tackle the obesity crisis from a young age by reducing the size of some of our childhood favourites.

Parent company Mondelez has announced it will reduce the calories in three of its bars over the “next few months”.

Chomp, Curly Wurly and Fudge will undergo something of a makeover and their calorie content will be less than 100 calories per bar.

The brand said the recipes will stay the same but it has not said how much the bars will shrink by in terms of size.

It’s not known if prices will also reduce in line with the change.

Currently, a Curly Wurly weighs 26g and has 118 calories.

Read more: Gail Porter thinks the ghost of Frank Sinatra made her hair fall out

The changes will apply to both single bars and those in a multipack.

The move forms part of a commitment by Mondelez to introduce a 100 calorie cap on all of its products that are commonly bought for children.

Freddo, Buttons, Mini Fingers, Cadbury Animals and the Little Bar are already under 100 calories each.

The bars will get a new pack design, with “a striking flash” that will signal the calorie change.

Mondelez MD Louise Stigant told The Grocer that limiting portions was “the right approach in terms of helping parents control calories when wanting to treat their children”.

She added: “We feel strongly about playing our part in tackling childhood obesity and are focusing on the areas where we can make the greatest impact.”

Millions of Brits have piled on the pounds during lockdown, which significantly eases this coming weekend.