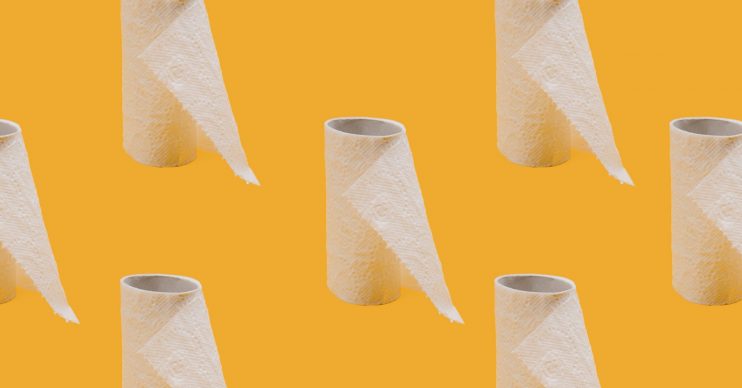 It happened a supermarket amid COVID-19 panic buying

With toilet paper in short supply and stores rationing the sale of the essential items during the coronavirus pandemic, one supermarket shopper resorted to drastic measures to ensure she had enough.

After late-night TV channels were accused of “cashing in” for selling 40 rolls of toilet paper for £80 and targeting those who couldn’t leave the house, one ED! reader revealed her shock at what one person resorted to during a trip to Sainsbury’s.

While our reader was in the queue to pay for her shopping, she saw a woman walk over to the food donation trolley that sits at the end of the tills.

However, far from donating something to those in need, she took something from the trolley.

And that something just happened to be a packet of toilet rolls.

She wrote: “I was in Sainsbury’s today and the trolley where you make donations of food, a packet of loo roll was in it.”

She continued: “As I was waiting to pay, a woman picked up the loo roll donation and walked right out.”

As I was waiting to pay, a woman picked up the loo roll donation and walked right out.

She added: “People were calling after her and staff followed her and did nothing.”

The woman continued: “It’s absolutely disgraceful. Sainsbury’s didn’t have loo roll but plenty of kitchen towel and boxes of tissue.”

People were quick to reply and share their disgust.

“That’s one selfish woman,” one commented.

Another added: “Some people are despicable.”

One little look on Twitter shows that this isn’t an isolated incident, though.

It was reported that someone stole toilet paper from the customer toilets at Asda in Dundee.

A blind shopper also had her toilet paper stolen from her trolley in Australia earlier this week.

A nurse also revealed that hospital visitors had been stealing toilet paper from a patient’s toilet.

She tweeted: “I caught patient’s relatives stealing toilet paper out of the patient’s bathroom on my last shift and I had to ask them to return it or I’d call security.”

“First #panicbuying now panic stealing? I guess we now need to add toilet paper to things we can’t leave in our cars now that shortages are happening. This is nuts,” said another.