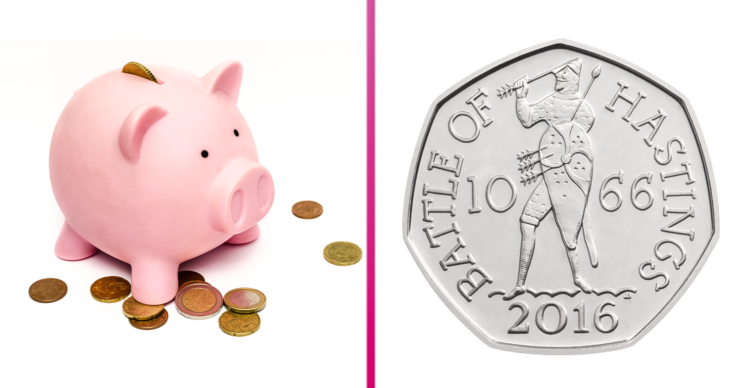 Do you have one in your spare change?

Coin experts have been left baffled after a 50p sold on online auction site eBay for £63,000.

The 50p isn’t that old and there are millions still in circulation.

So you could be in the money if you happen to have one in your spare change.

The coin was struck in 2016 to mark the 950th anniversary of the Battle of Hastings.

It features a drawing of King Harold with an arrow through his eye, taken from the Bayeux Tapestry.

It was created by designer John Bergdahl to remember the day when King Harold II was defeated by William the Conqueror.

The battle led to the conquest of England by the Normans.

Some 6.7 million of the coins are currently in circulation.

And experts are saying that the coin – which was listed as “very rare and circulated” – isn’t rare at all.

It was listed with a starting offer of £1,500 and quickly rose over the course of 10 days, before it reached its final eye-popping price.

Alexandra Fiddons of coin expert ChangeChecker may have an inkling as to why it’s sold for so much money, though.

And she told the Mirror that we could have coronavirus to thank for its high value.

“Values for coins tend to vary every now and then and it could be that demand for 50ps has gone up because we’re seeing less change used right now because of coronavirus,” she revealed.

She added: “The ones with historical anniversaries tend to do better amongst collectors – and this one sparked a clear pricing war.”

If you want to hop on the Battle of Hastings bandwagon and bag your own, Alexandra recommends shopping around.

“There are other Battle of Hastings 50p coins on eBay selling for £2, so do your research,” she warned.

The ones with historical anniversaries tend to do better amongst collectors – and this one sparked a clear pricing war.

The 50p coin isn’t actually the most sought-after 50p in circulation.

That honour goes to the Kew Gardens 50p because there are just 210,000 in circulation.

How do I sell mine?

So what do you do if you have a Battle of Hastings 50p and want to flog it?

Prices depend on the condition of your coin – with uncirculated coins often attracting a higher price.

If you think you have a money-spinning coin, the advice is don’t list it online.

First check in with the Royal Mint.

It will come back and let you know if it’s authentic and provide you with a confirmation letter that’ll pretty much guarantee a higher price.

What are you waiting for? Get checking that change!

Head to out Facebook page @EntertainmentDailyFix and tell us your thoughts.