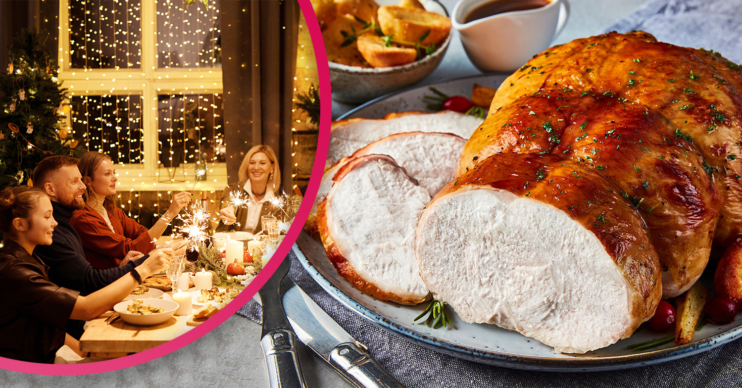 Farmers had expressed worries about the festive favourite

Frozen food giant Iceland has come up with a way to ensure the threat of a turkey shortage won’t ruin Brits’ dinner this Christmas.

With just 85 days till Christmas, farmers have warned we could be facing a turkey shortage come the festive season.

So the clever powers that be at Iceland have come up with a solution.

And it’s fair to say shoppers are loving it.

Brits are clearly fearful after reading headlines that the Christmas dinner staple could be off the menu this year.

As a result, Iceland has revealed it’s noticed a spike in Christmas demand earlier than expected.

Sales of frozen turkey are up by 409% year on year, with 17,000 searches for the word Christmas on the Iceland website this week alone.

As a result, bosses have decided to increase its orders for frozen turkey over the Christmas period by 20%.

And, they said, some shoppers have already started filling up on festive food, starting with the turkey.

Andrew Staniland, trading director at Iceland, said: “We can confidently tell the nation not to worry and to continue shopping frozen.

“Since Christmas was pretty much cancelled in 2020, we have been preparing for much bigger celebrations this time round.

“We have more of everything, ready for shoppers much earlier. You can even buy your turkey now if you want to.”

After noticing a spike in searches for Christmas and mince pies as early as July, Iceland put the latter on sale on September 1 this year – earlier than any other retailer.

The chain reported sales up 10% on last year, so it’s clear the appetite for Christmas is there.

Especially when you take a look at some of the dessert offerings available this year.

A sneaky peak on the newly launched Christmas food page on the Iceland website reveals a selection of mouthwatering desserts.

We’ve got our eye on the milk chocolate Yule log.

And, Staniland added, as well as more selection, some of the festive range will also be sold as “supersized” products.

“Iceland will have more quantity and selection, as well as ‘supersized’ product selection to suit bigger gatherings.

“What we hadn’t anticipated was just how early our customers were going to prepare for this year’s festivities.

“The team at Iceland have done a fantastic job to turn things round to provide the nation their Christmas favourites much earlier than ever before.”

Head to our Facebook page @EntertainmentDailyFix and tell us if you’re stocking up for Christmas yet.