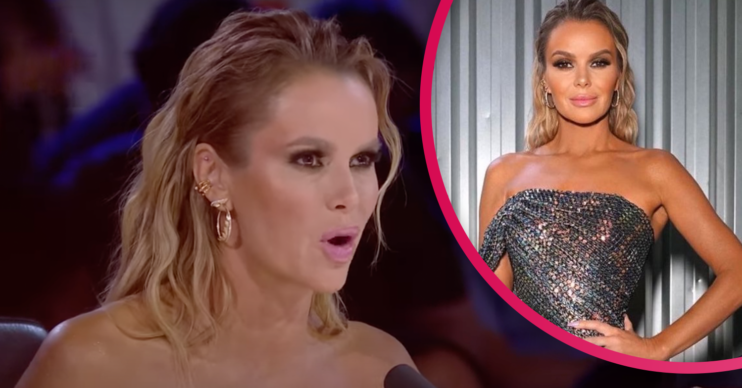 She glittered in a strapless gown

Amanda shared her outfit details ahead of the show last night (May 30).

She posted a video of herself giving fans a twirl in her glittery Rami Kadi gown.

However, while she undoubtedly looked stunning, Britain’s Got Talent fans took to social media to ask if the star’s stylist was “having a night off”.

Amanda swished and swirled ahead of the latest instalment of BGT, posting a video to Instagram that showed her flashing her pins in the dress, which had a thigh-high split.

However, some called for Amanda to dress more appropriately for her age.

“She just needs to dress her age,” said another.

“Not my favourite of you!!! Over done,” another declared.

“Who loves themselves…??” said another.

“She has every reason to love herself,” retorted one Amanda fan. “I certainly would if I looked like that!”

Another said that they wished they looked as good as Amanda does in their fifties.

“Omg! How do you do it, I’m your age and honestly I look like your nan in comparison!” they said.

Others didn’t like Amanda’s new hair style, with many commenting that it looked like she’d just got out of the shower.

“Sort your hair out!” stated one.

“Why does Amanda look like she’s just got out of the shower?!” another asked.

“Amanda‘s hair looks like mine when I get up in the morning. Well that’s fine, at last I’m in the fashion without even trying!” another joked.

However, others declared that one of the biggest reasons they get excited for the live shows is to see what Amanda is wearing.

“To be honest I get excited for the live shows just to see your beautiful gowns,” one fan commented on Amanda’s post.

Will you be tuning in tonight to see what she’s wearing?

Britain’s Got Talent is on ITV at 8pm all week this week.