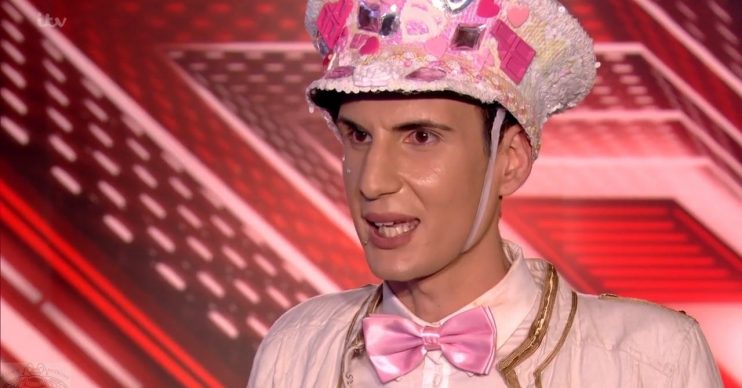 Singer is paying for the treatment herself

One of the stars of 2016’s X Factor has revealed that they are planning to transition from a male to a female after suffering from depression.

The star claims to have always known she is female but didn’t feel strong enough to do anything about it due to the pressures of society.

Ottavio revealed that she decided to undergo treatment after battling severe depression, which she admits left her feeling suicidal.

She told The Sun: “I came close to ending my life. People thought me being on the X Factor was glamorous, but little did they know what I was really feeling.”

After reaching the X Factor live finals with pal Bradley Hunt, Ottavio went back to uni, got a masters in creative enterprise and went to work in Tesco.

She revealed that it was around this time she decided that if she couldn’t be her true gender then she “didn’t want to be alive”.

Ottavio says she always knew she was “different”. Opening up, she revealed that TV show TOWIE provided something of a lightbulb moment for her.

She said: “I watched the first season of TOWIE and remember thinking, I want to be like those glamorous girls and have the boobs and lips. When my mum had my sister I became envious of her – she had biologically what I wanted.”

Read more: ‘Queen of pop’ Cheryl is back with a new look

Now Ottavio says she is so serious about transitioning to a woman that she is willing to pay for the treatment herself, having “worked really hard and saved up to fund this”.

Ottavio revealed that she could’ve had the treatment on the NHS, but she wasn’t prepared to join the waiting list, which currently stands at two to three years.

And, she says, her bandmate Bradley has been “amazing” since she told him of her decision.

What do you think of Ottavio’s decision to transition from a male to a female? Head over to our Facebook page @EntertainmentDailyFix and let us know.